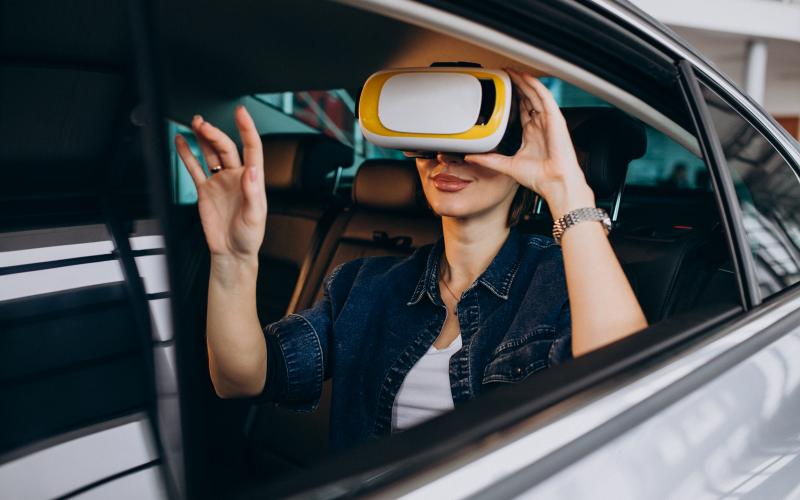 Terranet AB (TERRNT B), developers of advanced driver-assistance software (ADAS) that specifically addresses safety and comfort through precise, fast, and intelligent sensor technology, has announced teaming up with holoride to explore innovative applications for its VoxelFlowTM technology – helping to revolutionize in-vehicle experiences for passengers in autonomous vehicles.

Munich-based holoride is building the world’s first immersive in-vehicle media platform by enabling processing motion and location-based data in real-time. Through this new iteration of Terranet’s and holoride’s relationship, holoride will be integrated into NEVS’ revolutionary PONS mobility system focusses on urban areas and is built to reshape mobility in cities. holoride’s content adjusts to the motion and route of the PONS mobility system and other vehicles and perfectly syncs with the passenger’s journey. Through this, holoride creates a new media category made for moving vehicles called Elastic Content, which allows for a novel approach in content creation.

“We are enthusiastic about holoride’s mission to add thrill to every ride. In-vehicle entertainment will become even more important along with a higher penetration of self-driving cars,” said Terranet CTO Nihat Küçük. “Terranet’s contribution to a ride in a virtual world is to stream real-world objects - which we see in VoxelFlowTM – into the VR platform in real-time. With our partner holoride we will disrupt the in-vehicle gaming experience, injecting static and dynamic objects which we detect and classify using Terranet’s neural network model and machine learning algorithms.”

Users will be able to experience a fully immersive experience, reflective of their surrounding realties. For example, when traveling to a European capital, riders get to experience the city and its history in a city tour in one of NEVS’ self-driving vehicles. The resulting experience combines what riders see through the windows with a VR/AR overlay that incorporates the same places and sites in the historical context of the previous century. The holoride VR headset soaks riders  into an immersive virtual world of gaming, entertainment or information – whatever is preferred. Both static and dynamic objects of a rider’s real local environment are transformed into a visual and auditive historical scenery. A city ride on a NEVS autonomous vehicles can quickly become a thrilling experience e.g., being embedded in an action game that takes place in your very local neighborhood. Beyond cities, theme parks or film studios could stream their 3D entertainment content into a motion aware ride through their facilities.

By the joint agreement the three companies, holoride, Terranet and NEVS, aim to push for establishing a new paradigm of unmatched safety and offering a novel media format through XR experiences for the passengers in an autonomous vehicle. Terranet led holoride’s  Series A funding round earlier this year and joined existing shareholder Audi as strategic investors. The ongoing strategic business collaboration with holoride opens a new vertical for Terranet’s VoxelFlow™ technology by reusing 3D event data for XR applications, like augmented reality (AR) and virtual reality (VR).

Terranet AB (Nasdaq: TERRNT-B). With a vision to save lives Terranet designs and develops a new class for vision-based sensor systems, used for road safety. It markets and delivers a software stack with features available across vehicle platforms and car models. The technology was handpicked and showcased twice at the innovation platform STARTUP AUTOBAHN powered by Plug and Play in 2021. The company is located in Lund and Stuttgart. Terranet AB (publ) is listed on the Nasdaq First North Premier Growth Market. Discover more about Terranet: www.terranet.se/en/.

holoride creates an entirely new media category for passengers by connecting Extended Reality (XR) content with data points from the vehicle in real time. These data points include physical feedback, like acceleration and steering, traffic data, as well as travel route and time. holoride technology provides a new type of immersion into any kind of VR content, creating a breathtaking, immersive experience, and significantly reducing motion sickness. The tech startup was founded at the end of 2018 in Munich, Germany by Nils Wollny, Marcus Kuehne, Daniel Profendiner and Audi, who holds a minority stake in the startup. In April 2021, holoride raised €10 million in its Series A funding round led by Terranet AB, earning the company a €30 million valuation. That same year, ​​holoride won the prestigious SXSW Pitch and was also named Best in Show. It has been hailed “Best of CES 2019” four times, recognized as one of the “100 Best Inventions of 2019” by TIME Magazine and is part of the global innovation platform “STARTUP AUTOBAHN powered by Plug and Play”. For more information, please visit https://www.holoride.com/.