Richards Chassis give away 10,000th unit 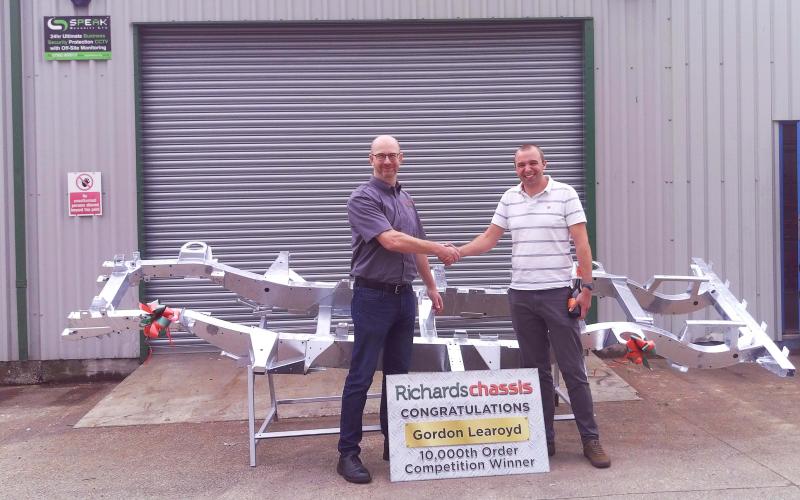 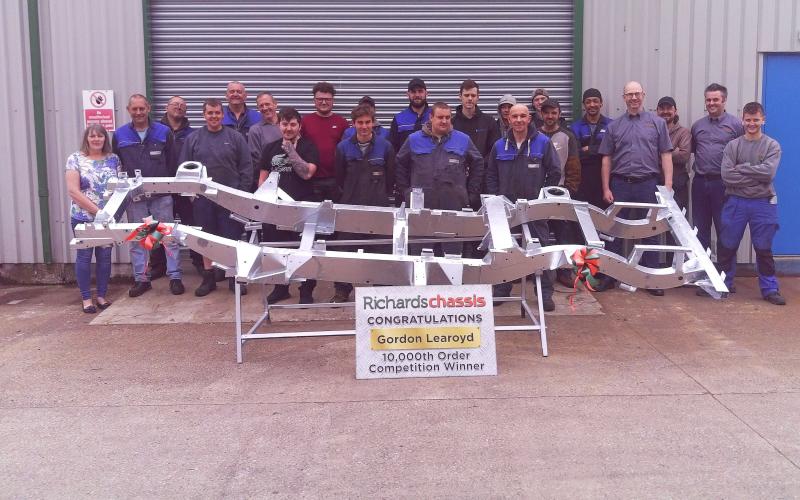 Defenders are fantastic – but they’re not without their foibles. Possibly the biggest of all those foibles is that their chassis, as great as they are, can often get a little bit… rotten.

But, when the figures began to head this far north, they began to formulate a plan to celebrate the new lease of life given to Land Rover ONE OH, OH OH OH. They settled on a free, yes free chassis to the lucky winner who ordered online and received the fateful order number.

As the week began with orders at 9,995, the staff all eagerly waited until Gordon Learoyd booked a chassis for his 300Tdi 110. Gordon bought the lucky M reg Defender from a cattle farm a long time ago, to use as a tip runner when he was renovating a house. He had experience with Land Rovers from his time in the RAF and he ended up keeping the lovingly nicknamed Dog Fender. It has since clocked 120,000 miles, and before he knew it, it was time for some TLC.

Gordon rebuilt the engine and gearbox on the old dog and was considering repairing the chassis himself until the realisation that it was too far gone and needed replacing. And so began the quest to find a quality chassis manufacturer. Gordon told Richards Chassis that he did his research and discovered from multiple forums – and word of mouth – that their quality was second to none, therefore they were the only option for good old Dog Fender.

Understandably so, Gordon was absolutely chuffed with the chassis and is now planning on a little more work to update his beloved Dog Fender. This milestone was fortuitous for Gordon and his Landy, but it’s a sign of the good work done by Richards Chassis, too, to reach this milestone in the first place – and as director Alistair Banks highlights, they’re only looking forward from this point.

‘It’s a stupendous achievement that we’ve got to this milestone, and we look forward to the next 10,000 and beyond to help save even more of these iconic vehicles.’