Workshop Horrors: Jobs that fill the pros with dread... 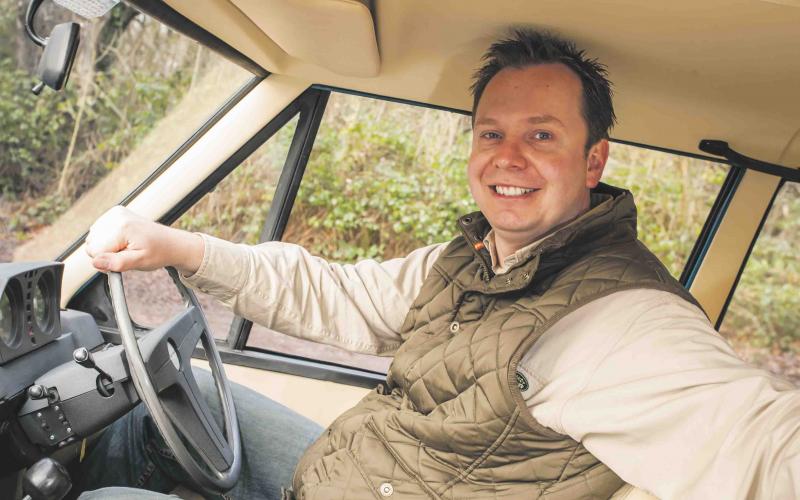 We've all got jobs we hate doing.  They might be dull, awkward, dirty, baffling... they've still got to be done.  But which are the jobs the professionals fear most?

It’s fair to say that some jobs are easier than others. But every so often you may encounter a really stubborn one – the kind that causes an evil blue cloud to waft from the workshop. And not broken machinery, either…

If you play with Land Rovers for fun, chance are you enjoy working on them as much as driving them. Even then, though, some jobs are worse than others.

But what about the pros? The guys who work on broken Land Rovers  because their owners can’t, or don’t want to – which are the jobs they dread the most?

Needless to say, there are some common culprits among the offenders. Others are a little less obvious – but each job has its own degree of rage-provoking difficulty.

‘Anything between the L and the R,’ says Steve Parker jokingly, as we ask what he finds annoying on Land Rovers. ‘Changing the injector pumps on a Disco 3 TDV6 is just hideous – the newer vehicles are horrible and definitely harder to work on because they are so electronically complex.’

Steve Parker Land Rovers is based in Whitworth, just north of Rochdale. The town is home to one of Britain’s best off-road sites in Cowm Quarry, but that doesn’t reflect itself in the company’s customer profile. ‘In the area that we’re based,’ says Steve, ‘we tend to get more Freelanders and Discoverys. Not a lot of Defenders to be honest.’

So what is it that’s so horrific about working on newer trucks like the Disco 3? ‘You have the common tricky ones like the handbrake units, the air compressors and the drive belts. In general, the newer stuff is a lot more of a nightmare.’

Chris Howard of Liveridge 4x4 agrees that electronics have added another level of complexity to the task of maintaining newer Land Rovers. ‘Removing the body on a Range Rover Sport can be particularly tricky,’ he explains. ‘You have to be careful not to scratch the panels.

‘But the job some of my guys hate the most would be Waxoyling. It’s a horrible thing to do. I sometimes keep it as my punishment job!’ If you ever get on the wrong side of Chris, at least you can prepare yourself by packing a set of latex gloves.

What about the sort of Land Rovers Liveridge is famous for restoring,  from back in the marque’s glorious past? ‘Mostly,’ Chris says, ‘the older stuff is the more difficult to work on for me because everything has seized up, with years of rubbish building up in the components.

‘The heater matrix on the Disco 1 and 2 can be a nuisance, too. And the Discovery 2 steering box and ball joints can be a pain to work on as well.’

Maybe that’s the older generation getting cranky with time. Though as we’ve established by now, Britain’s workshops are well accustomed to toddler tantrums too. John Bowden of Gumtree 4x4 reveals it’s not always the vehicle that’s being stubborn either.

‘One of the things I dread most is a vehicle that’s already been to three other garages and the owner’s read every forum,’ says John. ‘We’ve got a Freelander Td4 at the moment that came in as a non-runner, having already been to another garage. The bloke must have sent us ten emails about it.

‘Everything pointed to it being the fuel pump that was causing all the problems. But that was going to be expensive, so he wanted us to change everything else first. We did all that and it didn’t make any difference, so in the end we’ve changed the fuel pump anyway and that’s cured it. But now we’ve got to bill him for everything else too.’

It’s so much easier when you can just plug in a laptop and read a fault code, isn’t it? Oh no it isn’t.

‘The same Freelander also had the SRS warning light on,’ continues John. ‘That’s an MOT fail now. The diagnostics say it’s the ECU, which is located under the heater. So we’ve got to take all that apart just to get at it and replace it, then put it all back together again. And that’s just to see if changing one little ECU works.

‘We’re not too proud to listen, but there are times when we phone up  Autologic, who have  this vast database of knowledge about what every  symptom and diagnostic code can point to, and they say “ooh, we’ve not come across that one before.” If nobody knows the answer, who’s going to spend time working it out?’

You can tell that John’s warming to his subject now, can’t you? ‘I heard a good acronym the other day. “WNC” – it stands for Willy-Nilly Component Change. You find yourself changing sensors, air-flow meters and God knows what else, in the hope that you’ll stumble upon what’s wrong. It’s not just the independent garages who’re doing that, either. Main dealers do it too – it’s just that they’ve got big screens so the customer can’t see them!

‘A big problem is with vehicles that have been going to main dealers all their life, then they come to us with 75-90,000 miles on the clock. The dealer’s either ignored things like bushes that are getting towards the end of their life, or they’ve put it on the service report but the owner’s ignored it. Either way, it’s not dangerous and doesn’t fail the MOT, but then it comes here and we tell them what’s wrong from a maintenance point of view. And they think we’re ripping them  off, because suddenly there’s this long list of woes they didn’t know they already had.

‘A common one we get is Disco 3 owners calling to ask for the price of a 105,000-mile, 7-year service. That’s the one where you have to change the  timing belts – we tell them the price and there’s a long silence on the phone! People who know about this tend to part-ex their Discos when they’re coming up to 100,000 miles.’

It certainly can seem that going for an older model can reap certain benefits (and it’s the same for Land Rovers…) So does more mature mean minimal maintenance?

Jonathan Churchill, of Churchill 4x4, deals with a lot of older models and restoration work. ‘One bugbear is always getting a good balance of braking and pedal feel on Series Land Rovers. They have the original drum brake set-up, which is always a pain to bleed the air out of and balance evenly. One tip is to always get the best  quality brake components, as we find the cheap ones don’t fit properly.’

One thing you don’t want in any line of work is repetition, and the feeling of falling into a monotonous cycle of  a routine. ‘My guys hate repetition,’ says Dave Oakley of DLS in Derbyshire. ‘Doing the same jobs over and over, like the standard services and so on. You end up doing the same type of things and fixing the same problems.’

But if you subscribe to conventional wisdom, what he has to say next might come as a surprise. ‘In terms of engines, they’re all as bad as each other a lot of the time. The Td5 can be a pain when it goes wrong, and the 1.8-litre petrol in the early Freelander is a waste of space. They all have their own  difficulties though, and you keep getting the same problems on the same engines.

‘A lot of the old problematic systems have worked their way into the DIY market. We get a lot of stuff from the late 1990s and early 2000s,  as well as Disco 3s. We get a lot of Defenders, being in the more rural area, and even the newer Puma engines. The electrics are a problem on newer vehicles, Discos being a nightmare at times. But we have the technology to deal with that, with a separate area set up to work on that side of things.’

So there you have it. There are many ways in which a Land Rover, any Land Rover, can cause you to bang your head in despair on the nearest work bench. Yet despite being as stubborn as dried-out droppings from a vengeful pigeon, we all know that with a little patience and time, the trucks we love are worth all those hours in the garage. Well okay, make that a lot of patience and time. All of it paid back handsomely.