Features > Vehicles > The Agony of Choice

The Agony of Choice 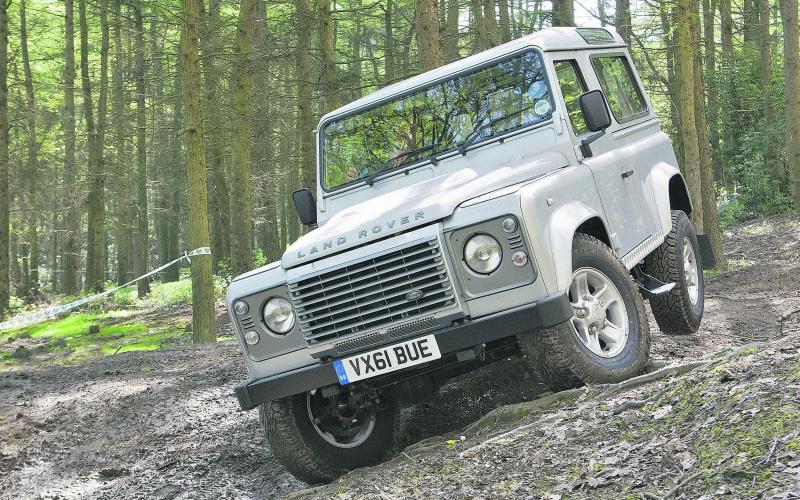 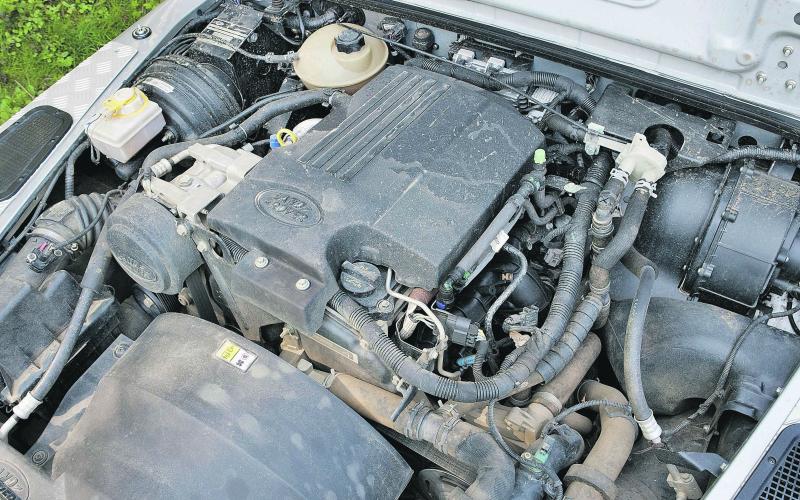 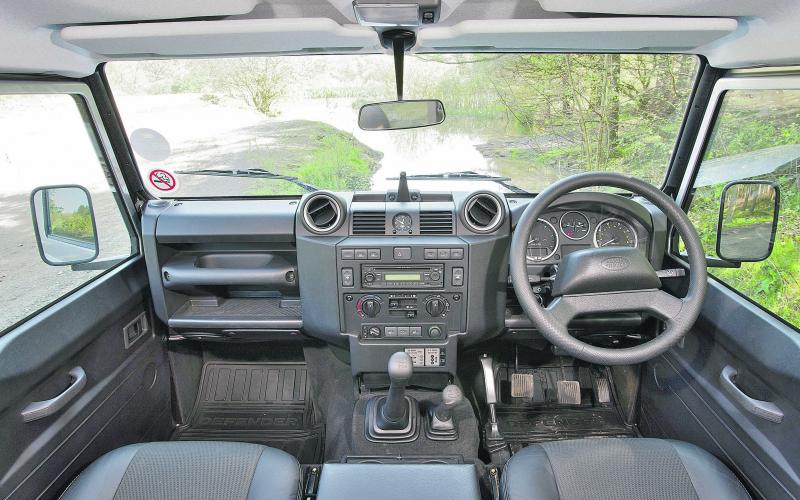 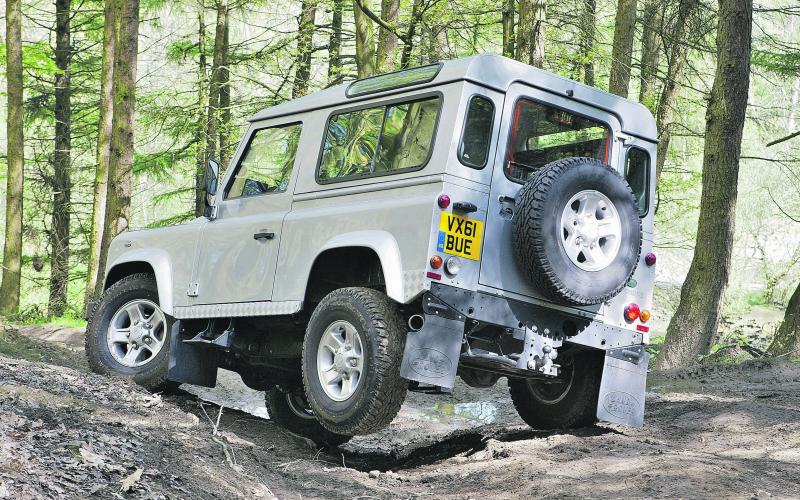 Buying a Defender is still as good an idea as ever. Only problem is, which kind do you go for? Factory fresh or expertly refurbished: each has a good many points in its favour…

Ever since Land Rover announced that the Defender will cease production at the end of next year, values for used models have been getting stronger.

A thriving market has grown up for refurbishing early 90s and 110s, using early engines to create ‘new’ Defenders from the days of DIY servicing.

If you want to put a new 90 on your drive, an alternative to the showroom is to have one built using galvanised underpinnings and cherry-picked components. You’ll save big money, and get something that’ll last longer than a standard new one.

At the same time, those new ones have been getting better and better over time. Since the days of the Tdi, the Defender has developed through several phases to the current model, the 2.2 TDCi, which will be the last before the factory goes quiet in 2015.

Many people who like the idea of rebuilding an old Defender to better-than-new standard also like the idea of doing it themselves. Get it done professionally, however, and if you want a truck built to the very highest spec you could expect it to cost you something upstairs of £20,000.

That’s the alternative option. The conventional one is to go to a dealer and see what you can get for that same money: if you shop around, haggle hard and accept that you might need to settle for one that’s high on miles or has been used off-road, that sort of sum might just about net you the truck here, a 90 XS from early in the 2012 model year, just after the 2.2-litre engine came in.

The XS is at the top of the Defender range, which means you get stuff like alloys, air-con, electric windows and traction control. Around the £20k mark, the 2.2s you’ll see are more likely to be lower spec models, while if you spot an XS it’ll probably have the older 2.4 TDCi unit.

That’s relevant because, in our view, the 2.2 is nicer to drive. On paper, everything about the two engines should be identical, but we found it more responsive through the gears than the 2.4s we’ve driven. You won’t be disappointed by its pace or pulling power, anyway, and if you do a lot of motorway work the good news is that the dreadful speed limiter that blighted the 2.4 is gone on the 2.2.

Talking of gears, the six-speed box on this model is excellent and changes very smoothly. The transfer case on our tester was slick, too: gone are the days, it seems, when shifting between low and high in a newish Defender was an exercise in hope.

Of course, low box is where any Defender is in its element, and whether you’re using it to shunt trailers around or conquer almost any terrain you care to try, the 90 is as masterful in 2.2 TDCi form as ever.

With the six-speed box, in fact, it’ll ease over major obstacles at tickover in low second and tackle descents that hang you against your seatbelt with absolute confidence. Leave it in low first and, with the combination of torque and anti-stall, were enough traction to be available it would claw its way up the side of a building.

As we mentioned, traction control is standard on the XS, and it’ll cut in to try and keep you moving once the limits of either the tyres’ grip or the suspension’s travel have been reached. Almost every Defender gets a set of mud tyres on it in the end, and most will also be fitted with longer-travel springs and shocks at some point in their lives, but even in factory form the 90 will keep going long after most modern 4x4s have bellied out or left their own traction control confounded.

Not that we like the 90’s traction control very much. The idea is to bury the throttle as your wheels start to spin, so that the system starts hammering away with the brakes until eventually, enough torque is shifted to the wheels with grip. It sounds brutal, for the vehicle’s brakes and potentially for the ground beneath it, and we’d far sooner see some sort of locking rear diff on the options list. A much more elegant solution, and far cheaper via the aftermarket than the cost of specifying Land Rover’s system.

In terms of living with it, a Defender is very much a Defender. The more modern version is friendlier in some ways (especially in luxurious XS form), but whether the addition of a dashboard in lieu of, er, none was quite the revolution it felt like at the time is open to question. Being able to work the heater controls and get actual heating is a novelty if you’re used to old ones, but the amount of storage space has actually got worse now there’s no longer a catch-all tray to shove everything into the way Defender drivers have long been used to.

Buying our test vehicle now would mean picking it up with a few months left on the original three-year warranty. Many cars lose half their value by their third birthday, but it says a lot that anyone wanting to own this one now would need to stump up around 75% of the £29,500 it cost new. That’s a huge point in favour of buying as new as you can, because even an expertly refurbished old Land Rover is still just an old Land Rover in the eyes of the guy buying it off you, so however good it is you needn’t expect a better-than-new Tdi to hold its money the way a late 2.2 TDCi will.

On the other hand, it’s often said that depreciation is meaningless if you never sell the car. And Defenders, more than anything else, are the kind of vehicles people hold on to forever. Which might tilt the balance back towards refurbishing an old one, because you’ll certainly get more for your money – and by speccing everything galvanised and stainless, you’ll have a Landy that’s still hanging together once even the last ones from the end of next year are rusting out. No small matter if what you really want is a Landy for life.

Is there a conclusion to all this? Yes, actually. It’s that we think the 2.2 TDCi is the best Defender to drive since the 300Tdi. And since the choice we’re describing is between a refurbished Tdi and a nearly-new 2.2, that’s good news.

What choice would we take? It really does depend on whether you’re honestly committed to keeping your Land Rover in the long term. Anything under about a decade (still pretty young for a Defender), and the strength with which they resist depreciation will point you towards a newer one. But the pleasure of creating your own vehicle, and seeing a project take shape, can’t be underestimated. Nor can the huge satisfaction that comes from doing your own maintenance, which is highly unlikely to happen on the much more complex TDCi.

Ultimately, for what the 90 in these pictures is worth even now, you could have a truly sensational refurb project done just the way you want it. It won’t hold its value the same, but it’ll last far better – and if you look after it, it’ll be a friend for life.