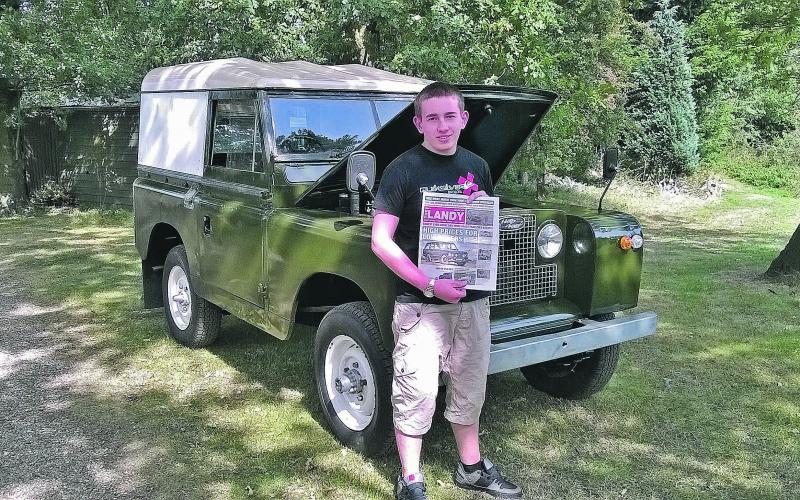 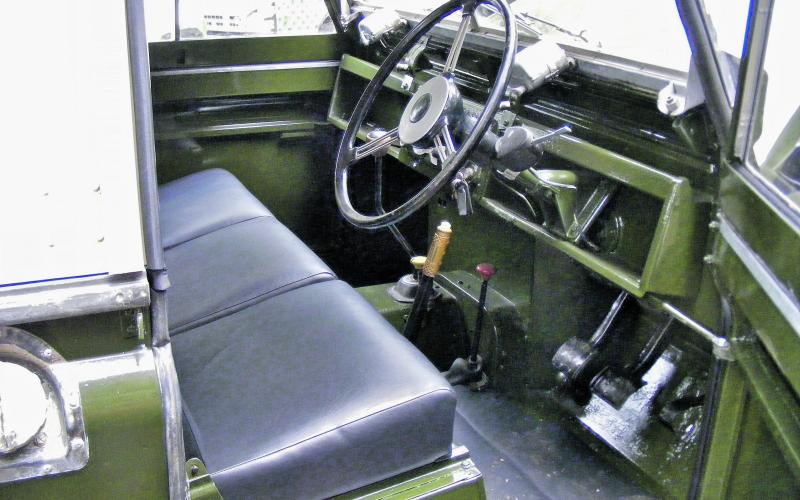 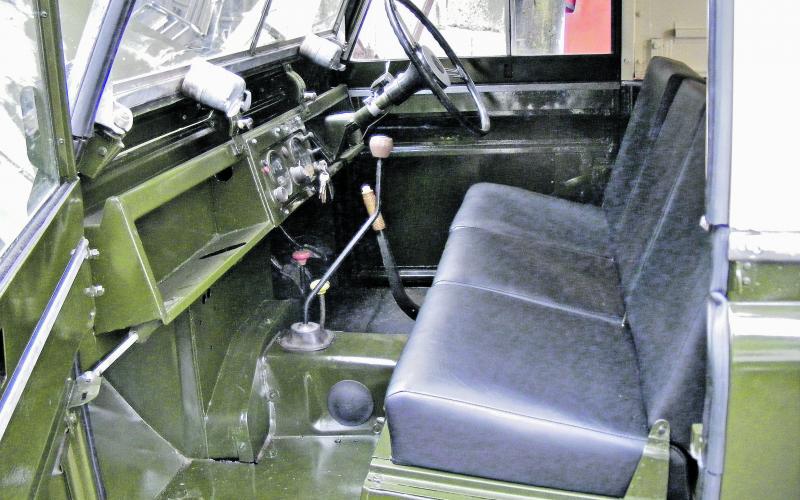 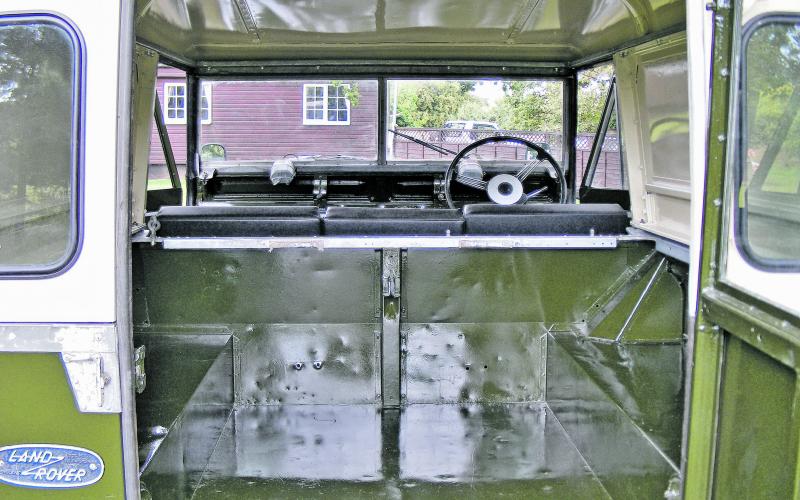 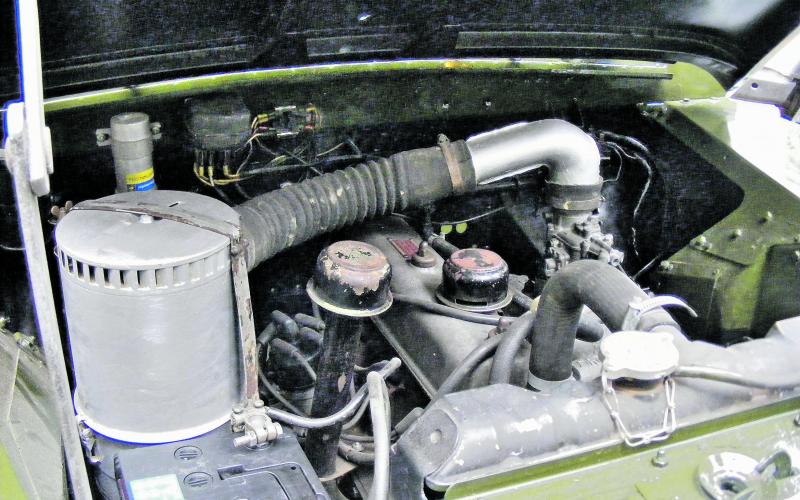 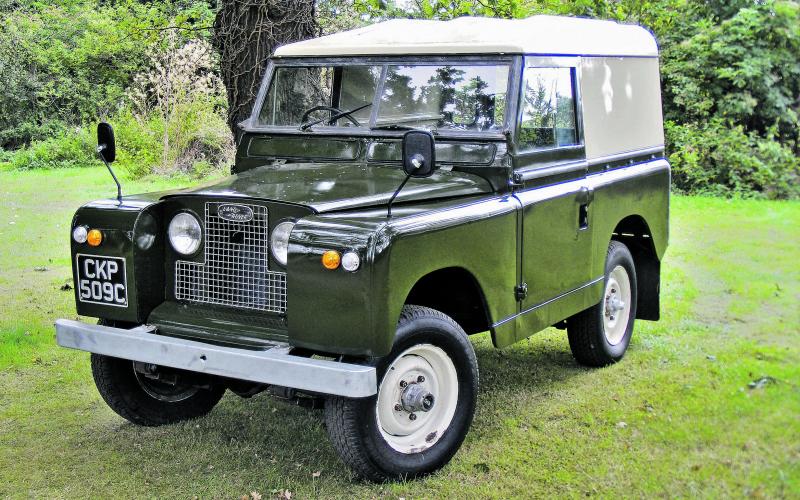 When Andrew Poulson at Spinney Engineering started work on refurbishing an 88” Series IIA Hard-Top, little did he think it would end up with a buyer who doesn’t even have a driving licence yet. But this Landy’s new owner is impressively definite about what he wants to do with his prized truck – which is to keep it forever.

Over the last couple of months, we’ve been keeping you updated with the latest project taking shape in the workshop at Spinney Engineering. An 88” Series IIA, it’s been getting generally refurbished and brought back to the condition that befits a classic Landy – not all concours and unusable, but well sorted and ready for another few decades’ service.

Who would you expect to buy such a vehicle? A deep-rooted enthusiast, probably, or someone with an yearning passion and a wad of money burning a hole in his pocket.

But not a 16 year old. Your first vehicle can mean a lot to you, as can your first Land Rover, so when both happen at the same time you’ve truly come of age. And that’s just the way it is for Spencer, the lad to whom Spinney boss Andrew Poulson was happy to sell the recently completed IIA.

‘The new owner plans to keep the IIA forever,’ says Andrew, ‘and I hope he does. It’s so nice to see someone so young with a genuine passion for Land Rovers – good that he hasn’t been distracted with girls and beer… yet!

‘His dad’s always liked Land Rovers and Spencer has always wanted one, so he’s bought this one now. He’ll play about with it for a year or so before passing his test, but I hope it’ll be his first and only car – that’s the plan anyway!’

It might be another year before Spencer can drive on the road, but the refurbishment included a few jobs necessary for the IIA to come back from an MOT station smelling of roses. First, the vehicle has had a complete rewire and, after a respray, the seats have been re-installed and new seals fitted around the hard top.

‘The rest of the jobs have just been to check everything on the vehicle such as the lights, in readiness for the MOT – which of course she sailed straight through as we expected. You do get a little bit more excited towards the end of a job, though. You begin to work that bit faster so you can cross things off on that mental list you’ve got in your head!’

We all admire the brilliant Bronze Green colour of Land Rovers and it’s part of why Andrew chose to put the IIA in this colour too. ‘It’s my absolute favourite colour. I use Vehicle Refinishing Specialists in Boston, Lincolnshire for most of the respray and paintwork jobs I need doing.

‘I asked the guys for Land Rover green, but they said there was no such thing. “Nonsense,” I said. They did have British Bronze Green, however, and I must say it’s probably the best version of Land Rover Green I’ve seen. Sometimes it can be a bit too light or not quite right, but this is lovely.’

With the IIA project finished, Andrew found time for a short break away. Not that it deterred him from thinking about Land Rovers, of course! ‘I was sitting there on holiday having a beer and I couldn’t help but think I could have been at home fitting my new exhaust. I think they call it a high stress level!’

Andrew can rest assured, though, that this Series IIA is going to someone who’s really going to love it. And as first vehicles go, what a vehicle! As well as being a genuine classic, which is only likely to increase in value, Spencer has got himself a fantastic looking machine that’s 100% British and absolutely full of character.

And, of course, it’s a Landy that’s just had a skilful refurbishment to back up its decades of service. Where will Spencer be sixteen years for now? Who knows… but we wouldn’t mind betting he’ll be there behind the wheel of a Land Rover.