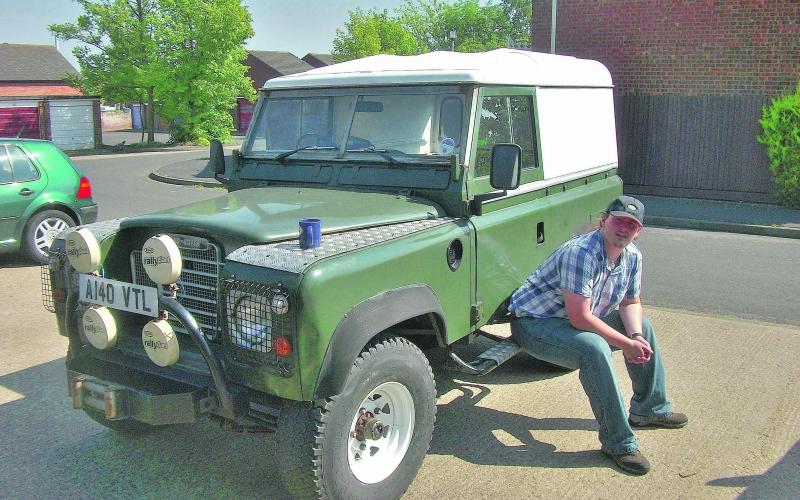 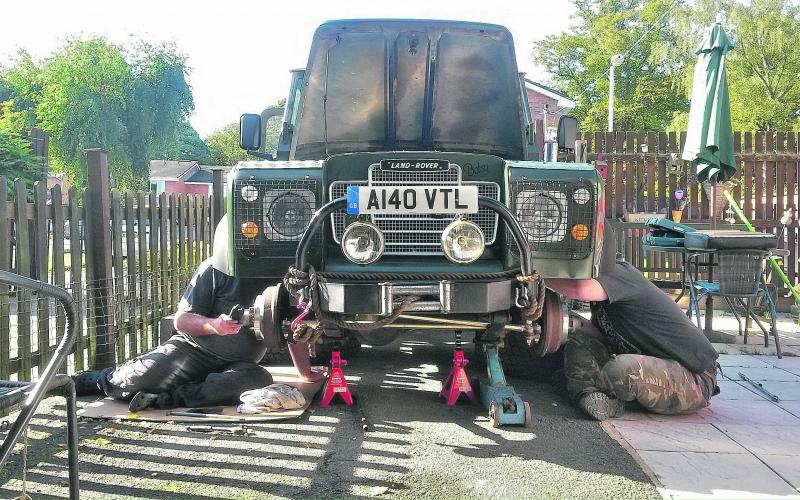 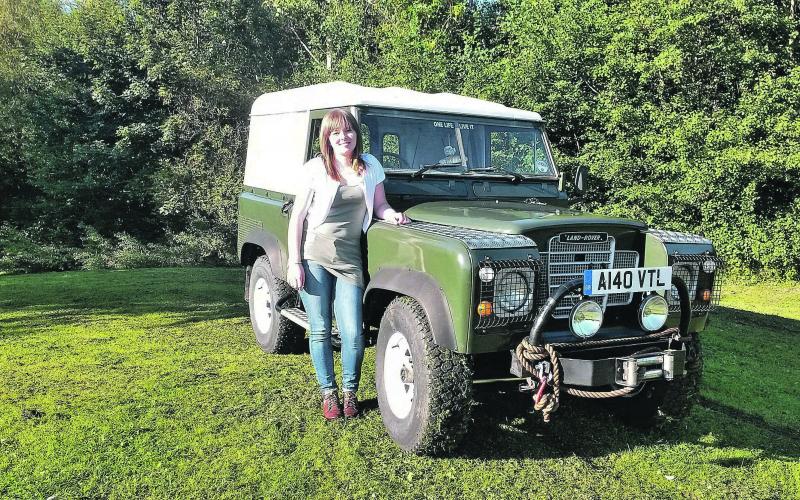 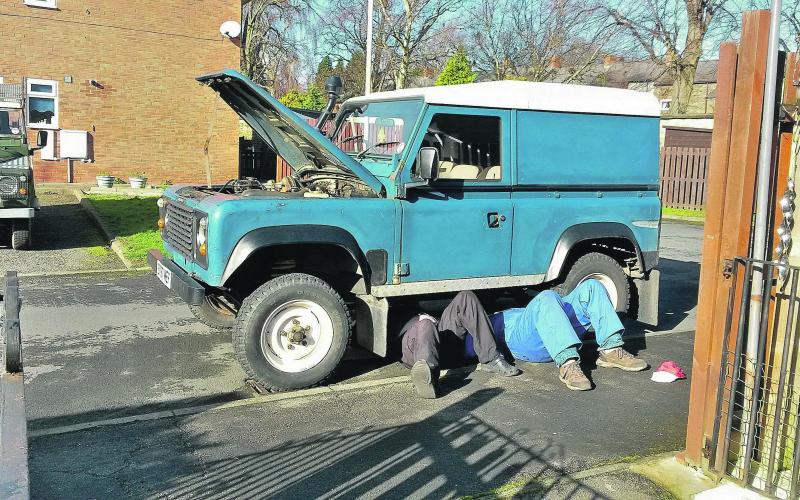 Caroline Grossett knew she was on to a pretty safe bet when she sent her partner Stuart Newton on a Land Rover Experience driving day. Little did she know, though, that by the time he was finished they’d have decided there was only one thing for it…

One day, you’re twiddling your thumbs and wondering what to do with yourself. The next you have a Land Rover in your life and everything just feels right.

This may sound far-fetched, even a little on the simplistic side, but it has certainly happened to people before. And the Land Rover bug struck again during the spring of last year when Caroline Grossett and Stuart Newton fell under the spell of an 88” Series III called Betsy.

Caroline was planning Stuart’s birthday at the time. She knew that he had grown up with Land Rovers and had always had a soft spot for the Green Oval, so she knew a safe bet for what to give him.

After a spot of celebratory clay pigeon shooting and half a day in a 110 as part of a Land Rover Experience drive, it was concluded that the couple could no longer live without a Landy. And so began the search.

‘After this experience, Stuart did what Stuart always does and read up on anything of interest,’ says Caroline.

‘A couple of months later we were driving to Peterlee to view a 110 pick-up with a Perkins engine, but it wasn’t for us.’

Enter eBay. ‘I fancied a Land Rover and a Series seemed to fit the bill,’ explains Stuart. ‘Affordable, simple(ish) to learn to work on for someone who is not a mechanic, and they appeal to my liking for classic vehicles, too.’

Through eBay, Stuart and Caroline eventually won a very late Series III (from 1984, no less) – and their weekends have been filled ever since.

‘Basically, it has been a process of trying to restore her to looking as close to her original state as possible,’ says Stuart. ‘We have spent pretty much every weekend taking care of more routine maintenance and mechanical bits and pieces. I feel sure fellow Land Rover owners can now identify me by my musk of EP90.’

In the last year or so, Stuart and Caroline, along with a bit of friendly help, have tweaked and twiddled with Betsy to transform her into a pride-worthy Land Rover.

They’ve swapped the fat 31x10.50R15s she was on, complete with vulgar spats and spacers, for 205R16s. They’ve tidied up the interior, removed the NAS 90 side steps and replaced the sides and roof, with the additional installation of a roof rack.

The front end has had attention, too. Betsy came with a winch and extra spotlights, so these have gone – leaving her with a neat and uncluttered finish. Up top, though, the spare wheel has moved to the bonnet – not uncluttered, but definitely classic.

‘Jobs still to do include rewiring the front end (the rear’s been done already) and doing something about the horrible 30mph whine. Then the front swivels need a good looking over.’

At a guess, you could be forgiven for thinking Stuart’s love of Land Rovers might possibly have been passed down to him from his dad. ‘For the past few weeks, most jobs have been on hold while we’ve been rebuilding the seat box and bulkhead of my dad’s 90,’ he says. ‘We’re getting it ready for an appointment with the galvanised chassis doctor at the end of July.

‘It was this vehicle that originally gave me the Roveritis. My dad sold it in 1996 when I was about four, but I always remembered it.

‘Around February this year, we were wondering if it was still on the road. I did a few checks online and found it was still taxed. A fortnight later, by complete chance, it popped up on eBay in Manchester. We were sure it was a sign, so we bought the old girl back!

Not that he’s letting himself be distracted. ‘Betsy will be getting all of my attention again very soon, though!’

To make sure of that, Caroline and Stuart have joined the North East Rover Owners Club and now regularly take part in green lane trips and trials. It’s almost as if their Sundays weren’t already busy enough…

The great news from all this is that sometime in the next year, the person you love most in life is going to have a birthday. And as Caroline and Stuart (and Betsy) have demonstrated, that’s all the excuse you need to get on to eBay and go looking for an exciting new addition to put into your lives…