Features > Vehicles > Freelander 1: Is It Really That Bad?

Freelander 1: Is It Really That Bad? 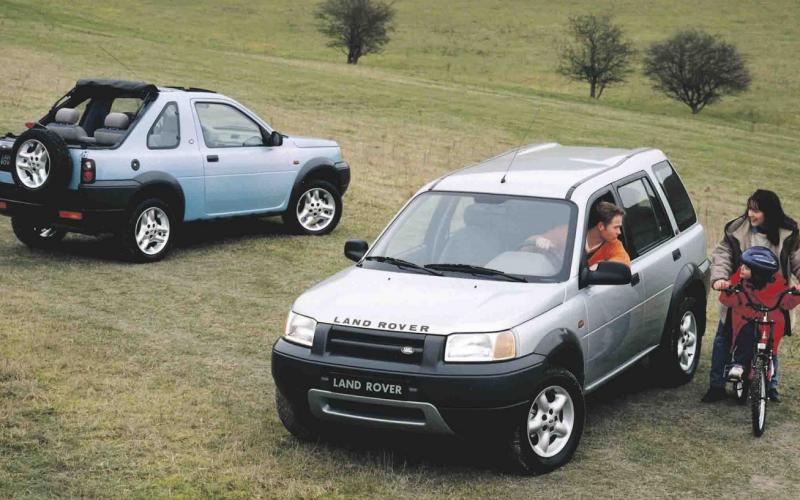 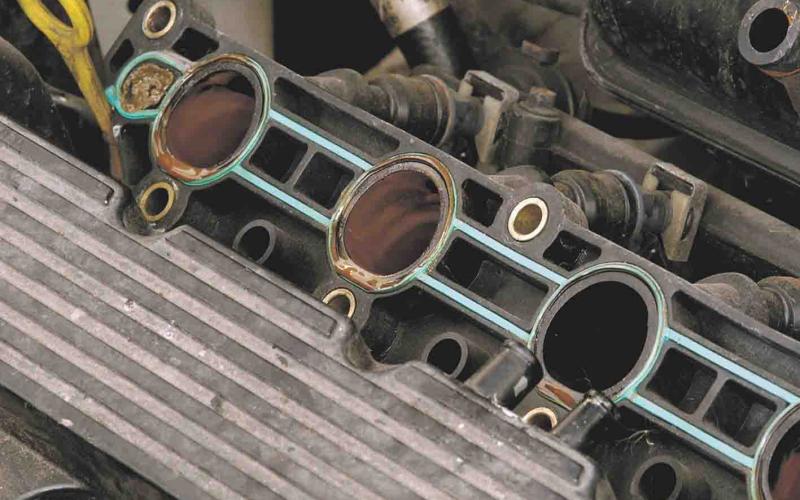 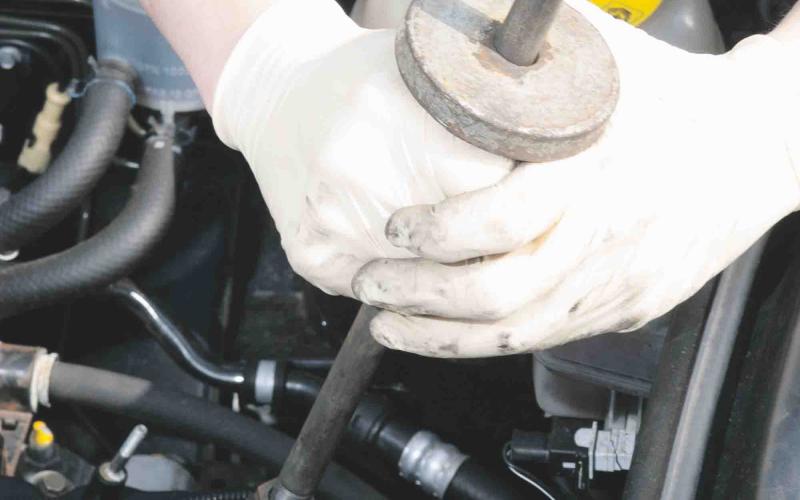 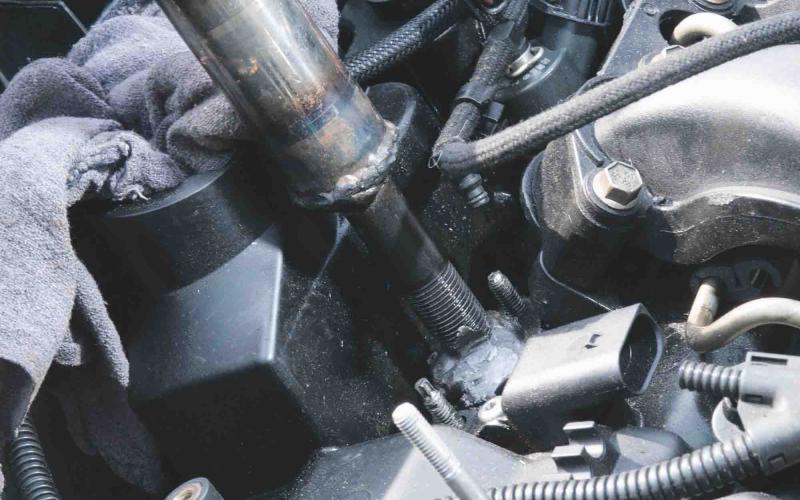 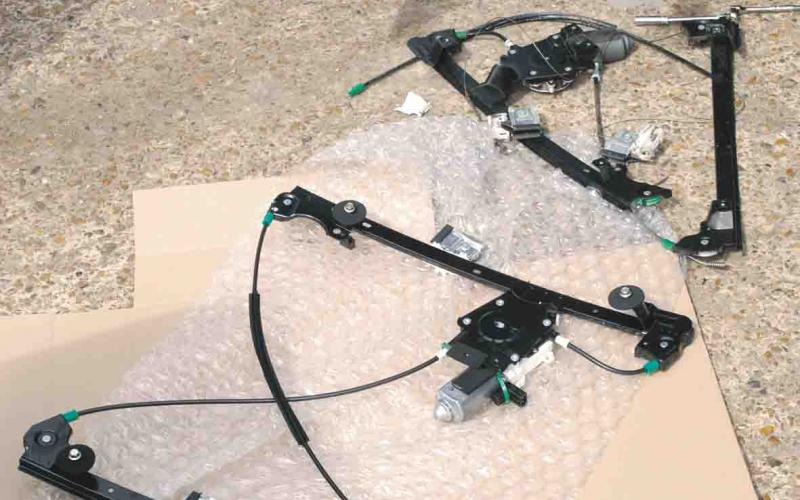 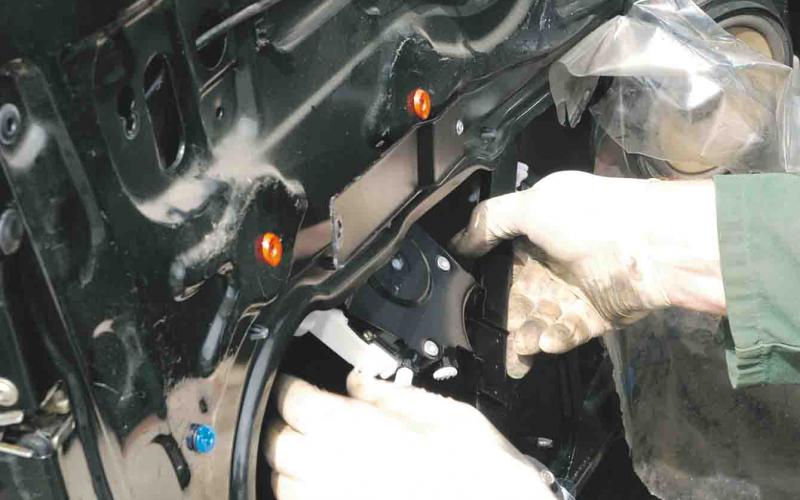 The Mk1 Freelander was a massive sales success, but these days there are plenty of people willing to cane it for its reliability. There’s plenty to fear from Land Rover’s original soft-roader – but if you understand what it’s all about, it might not be such a bad idea after all.

Every manufacturer makes a do-do once in a while. Those models that go down in the history books for all the wrong reasons, with engineering as characterful as yesterday’s mouldy sandwich or looks not even a mother would love: think Morris Ital, Austin Allegro, Ford Probe… and maybe, if you believe an awful lot of people, Land Rover Freelander 1.

If you ask a group of Landy fans what they think is the worst vehicle Solihull ever made, you’ll get a variety of answers. Nobody will mention anything leaf-sprung, but the early TD engine in the 90 and 110 might cop some grief. So too might the Disco 1, especially if anyone’s ever driven a 2.0 Mpi, and the P38 Range Rover is bound to be in trouble. But whatever else they say, your straw poll is bound to throw up some brickbats for the original Freelander.

Being Solihull’s first soft-roader, the Freelander has never had the sort of support reserved for ‘proper’ Land Rovers. There are people who’ll tell you how much better it is off-road than anyone gives it credit for, and of course it sold in the sort of numbers those proper Landies could only dream of, but it’s like the ugly cousin at a wedding – easy to get stuck with, but deep down you know it’s not really what you want.

It’s also getting well into old age now, too. Not that it needed to have done that before the maintenance issues started cropping up. And that, rather than anything particularly bad about the way it drives, is what’s turned so many people against it.

So why is it that bad? Sue and Nobert Maddock run FreelanderSpecialist.com, and for the past seven years they’ve worked on nothing but Freelanders. ‘The common faults with the Freelander can be split into three categories,’ says Nobert. ‘These are drivetrain issues, engine issues and electrical issues.

‘In terms of drivetrain issues, most are caused by a failure in communication. The first issue is the viscous coupling unit. It’s a sealed unit and difficult to test if it’s due to be changed, so often it’s easier to bite the bullet and change it every 70,000 miles, just as you would a timing belt.

‘The communication problem is that it has never been included in a service schedule, so when ignored it tightens up, puts a strain on the drivetrain and destroys the IRD unit.’ (IRD stands for Intermediate Reduction Drive – basically, the equivalent of a transfer case.)

Nobert blames the second issue on mismatched tyres, saying there’s only a 5mm tolerance in rolling radius across each axle. Go beyond that, and the rear differential can be destroyed in as little as five miles. Not the fault of the Freelander itself really, as it does specify in the handbook to change all four at once, but how realistic is it to ask people to do that on a decade-old car?

In terms of engine faults, it’s all about one thing: Rover’s 1.8-litre K-series petrol engine. The DI diesel is considered an absolute workhorse, and the TD4 only suffers the odd sensor fault – if the air filter is properly checked, it can be a reliable companion as well. Even the V6 is a safe bet, providing you monitor coolant levels with care. But the 1.8? Caught red-handed.

‘The cylinder head gasket was just too flimsy for the Freelander and the use of plastic dowels did not help,’ explains Nobert. ‘This has caused pretty much every 1.8 Freelander to blow its head gasket, usually by 70,000 miles.

‘One solution is a modified multi-layer steel head gasket with steel dowels; with this fitted properly all the problems go away. Once a head gasket has failed, though, there are many parts of the system which can be affected, even more so if sealing liquids have been added to the coolant.

‘If all these affected areas are not addressed, further problems with the cooling system can occur. In addition, using blue or green coolant, rather than red, can erode the head gasket and cause it to fail.’

Besides some of the common issues, Ralph Lambourne of Mansfield 4x4 warns of a few less well documented niggles that have cropped up on Freelanders he’s worked with.

‘Due to its necessary size, the clutch does not take kindly to abuse, and it’s a fairly awkward and difficult job for the home mechanic. The dual mass flywheel fitted to the TD4 also wears, and it’s £1200 for a professional repair. The 1.8 can suffer from the clutch arm seizing in its bushes, causing the clutch to become heavy. If this is ignored, the slave cylinder-mounting bracket can fracture due to the extra pressure required. A drop of oil on the shaft at every service can avoid this.’

Good point. Knowing about the Freelander’s faults and foibles means you’re best placed to stop from them biting you. And Ralph’s being realistic, not critical.

‘To me, the Freelander is a practical family car,’ he continues. ‘It is comfortable and roomy. It handles well and is equally at home on motorways or gravel tracks. In diesel form it is fairly economical for a 4x4 and is normally reliable when properly maintained.’

Still, it’s not a real Land Rover, is it? ‘It is surprisingly agile off-road,’ argues Ralph. ‘But it but needs to be driven in a different style to the Defender and earlier Discovery and Range Rover. The traction control is very good under the right circumstances and can give a Defender owner a red face on a wet grassy hill. The driver needs to concentrate more on the terrain to pick a route, but this can make the experience more enjoyable.’

Okay, that’s better. But Ralph did mention traction control there, and what was that third issue Nobert mentioned? Ah yes, the electrics…

You’re probably thinking about sensors and ECUs here, and that side of it certainly can drive owners to the depths of despair. But there are more basic areas that crop up over and over again when you ask the experts what winds them up most about the Freelander.

Andy Jeff, of the Suffolk Land Rover Owners Club, bought a Freelander so he could get to work in the winter of 2009-10. ‘It was a 10-year old 1.8 petrol on its second engine,’ he says. ‘It had 100,000-plus on it, dodgy brakes and a swimming pool in the boot. It was quite musty inside, but it got me everywhere in the snow.

‘One very frosty evening, I left work to find ice all over the car. I couldn’t open the driver’s door as it was frozen shut, so I got in the passenger’s door. I drew up to the car park exit, where you have to wind down your window and flash a security tag to lift a barrier. I pressed the electric window button. There was a whirring, but nothing happened. Confused, I pressed it again. This time there was a whirring followed by an almighty “ping” – the cables in the window regulator had snapped with the window frozen shut.

‘Swearing loudly, I jumped back out of the passenger’s side, walked round to the barrier control, flashed the barrier up, ran back around the car and got in… but I wasn’t quick enough and the barrier came down again. Four attempts it took me to get out of the car park, each time getting quicker. God knows how much the people in the adjacent offices must have been laughing!’

Not that a Freelander needs to be frozen up to make your blood run cold. Mike Harding from Mike Harding Landrovers shared his dismay at the design of the electric windows and sunroof so many owners have encountered.

‘The problem with the windows is they use a cable and roller design, which is a waste of time. It’s a poor design and the cable frays easily. As for the sunroof, it often suffers from rust and corrosion and when that sets in, resistance builds up in the tracks. This causes the motor to spin and overwork itself, resulting in a complete failure.’

You can understand why Nobert and Mike both agree that customers often find it better simply to remove the fuse from the sunroof, keep it closed and lower your stress levels by acting like it was never there. Better that than risk the alternative, a potentially embarrassing concoction of you being sat in your Freelander, roof stuck open and passers-by looking on in amusement, with the heavens opening to make your day that little bit worse. Doubly annoying if you’re already sat at the side of the road waiting for a recovery truck to turn up because your head gasket has gone.

But easy as it is to mock the Freelander, it’s not all bad. Far from it. Neglected and abused, it’ll bite back. Nurtured and looked after, it’s as dependable as the next truck – so maybe in that way it IS a real Land Rover after all.

‘In all honesty,’ continues Mike, ‘if you have a Freelander 1 that has been regularly serviced and looked after, particularly the Td4 which can be as good as gold, then generally you should be fine.

‘They could have done with a selectable 4WD mode. That way, the IRD would last longer and put less strain on components.’ One of his customers actually drops his Freelander’s rear prop off to preserve the fragile unit, only fitting it during the winter months when traction is at a premium.

Where there’s a will there’s a way, see? And where there’s a cloud, there’s a silver lining. A few months after his car park incident, Andy Jeff won a half-day course with the Land Rover Experience. And he was so impressed by the Freelander 2, he bought one – and still owns it to this day.

Yes indeed, the Freelander 1 had its problem areas. It can be flaky, obtuse, infuriating… but there’s a commonsense remedy to almost every fault, and good maintenance by people who understand what they’re doing is the key to a long and beautiful relationship. If you enjoy spending time in the workshop, a Freelander could actually be quite a rewarding car to own.

Maybe the ugly cousin at the wedding doesn’t look so bad after all. At the very least, as Andy Jeff found out, ugly cousins can turn out to have beautiful sisters…