Far From the Daily Grind 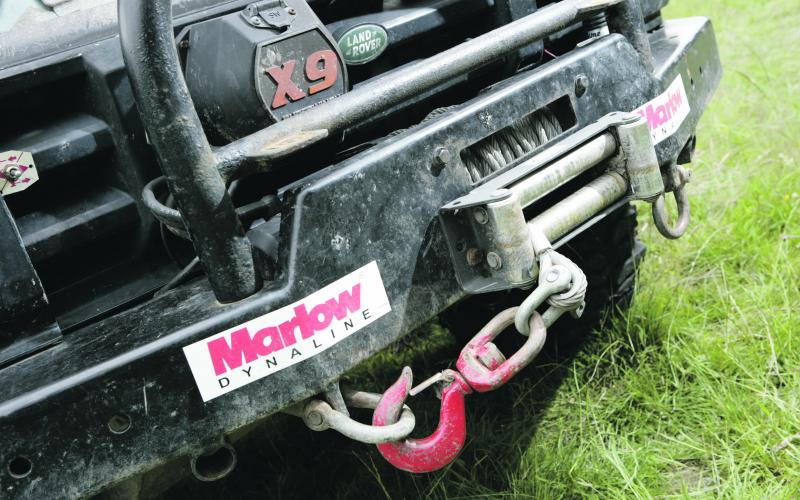 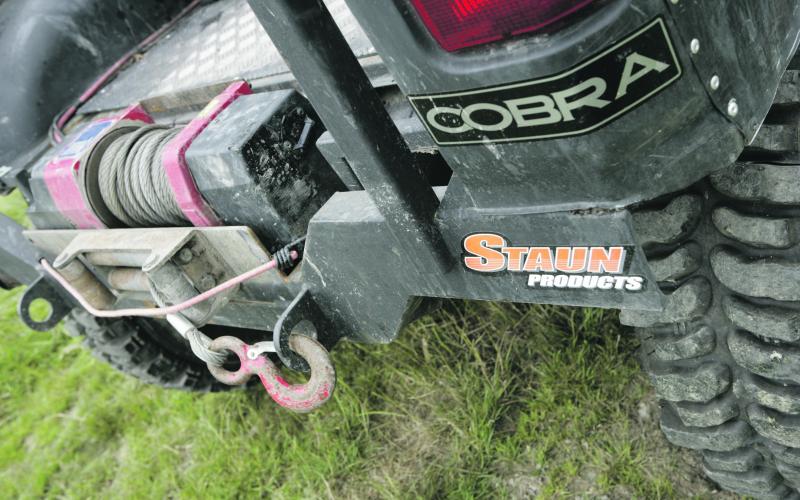 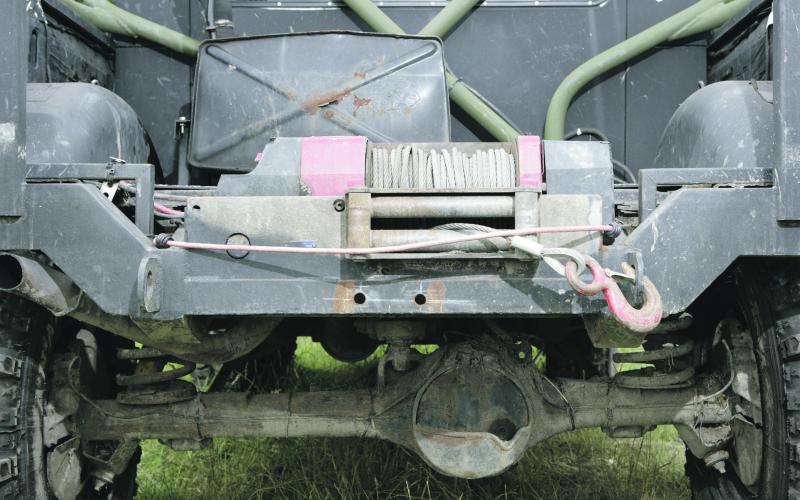 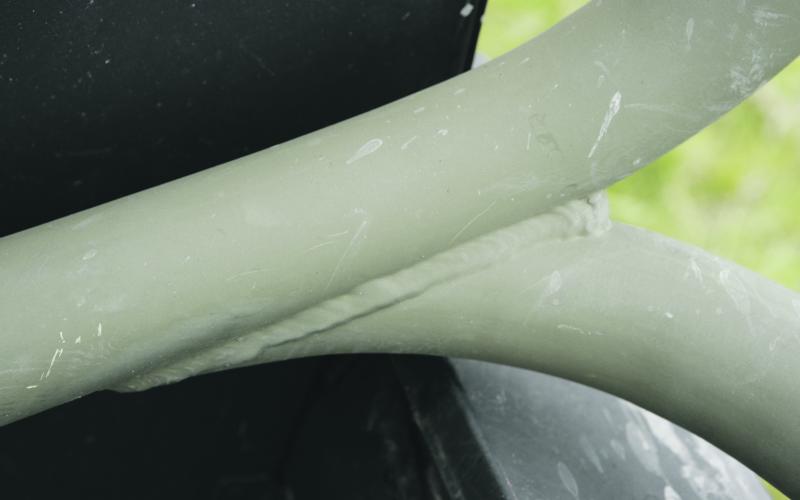 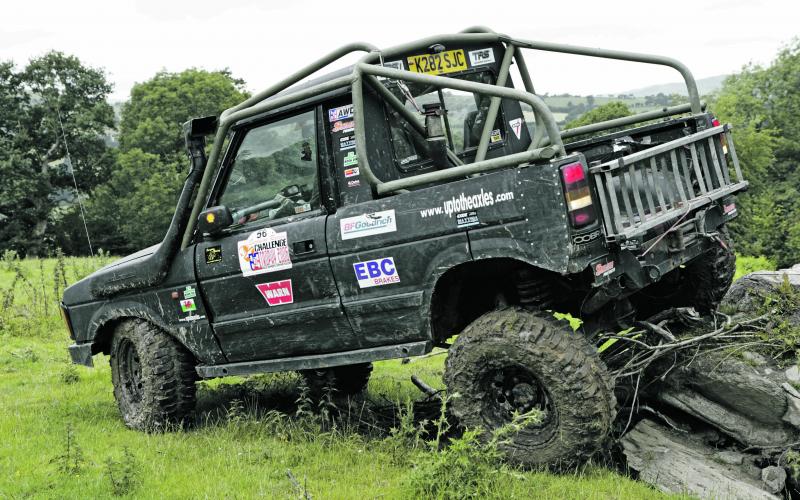 Greg McGuire only meant to use his Discovery for laning. But then he discovered how much he enjoys winching. And, as it turns out, grinding…

'I only bought it for laning,’ says Greg McGuire. ‘All I did was put a winch on the front. But it’s just gone from one extreme to another.’

People are forever saying you need to have a plan when you set out to modify a Land Rover. But from the way Greg tells it, that’s the opposite of how his 1992 Discovery ended up on the winch challenge scene.

To be fair on Greg, he owned and laned the Disco for several years before things started getting extreme. As well as the winch, he added a full internal roll cage, but that was about it.

Then, one day, the civilised pleasures of laning started giving way to the demands of challenge competition. And a project was born.

This is where the planning started, right? Wrong. Greg fabricated a rear winch mount on the back of the chassis, cutting a hole in the door to fit a fairlead… and started getting hung up on tree stumps.

Not the idea. Nor was the amount of damage he was doing to the back body. ‘Finally,’ he says, ‘it had a few too many dents in it. I thought: “It’s looking really scraggy now, it’s time for an overhaul.” So I set to with the grinder!’

And how? ‘We took the roof off, and then cut two feet off the back. When you put the light clusters back on, it works out at 22 inches shorter than standard. We cut it about three or four inches short of the crossmember, so hopefully it won’t twist, and just behind that we’ve got the new rear bumper.’

Next, on went a demountable exo cage, rock sliders and steering and diff guards. The latter came from Gwyn Lewis, who also supplied a +2” Old Man Emu suspension lift.

All this was happening at a time when people were falling over themselves to build vehicles with absurd amounts of lift and flex, but Greg was canny about all that. ‘I don’t want to go too far,’ he says. ‘I like to keep it as low as possible – you see people going too high, and they go over too easily. You’ve got to have some height, but you’re taking up your centre of gravity and don’t want to go too far.’

That’s why, rather than fitting a full dislocation kit - as was so popular at the time - he simply made up a couple of relocation bars for safety’s sake, what with now having shocks that allowed so much more travel. ‘Even if it comes away an inch, it’s enough to go back behind the spring seat. So I’ve welded in some homemade bars. But other than that it’s pretty standard.’

Under the bonnet, the Disco’s original 200Tdi started life mated to an LT77 gearbox and LT230 tranny, and Greg saw no reason to mess with that. Like almost every engine on a modded Landy, the Tdi’s air supply was rerouted through a snorkel, but the main addition was a full-width intercooler: ‘It’s a dramatic change. Now, from a standard Tdi, it’s got torque from nowhere. The other Discovery I’ve got, I’m going to put it on that as well.’ That’ll be a vote of confidence, then.

Despite the presence of the other Disco Greg mentioned, this one was never meant to be retired to a life of off-roading and nothing else. ‘When I bought it, it’d had one owner from new, a lady who only used it for school runs. It was immaculate; you could eat your dinner off the inner wings. That’s why I bought it – because I knew there would be a lot of life in the chassis. If you buy a second-hand vehicle that’s been off-road, they’re full of mud.’

Wise words whatever you’re planning to do with your Land Rover, and here come some more. ‘Every time I go out, when I come home I clean it as much as I can. And I grease the UJs before every outing.’ You might think this is a Disco that looks a bit dog-eared, but how many of us can honestly say we treat our Land Rovers as lovingly as Greg?

And sure enough, stuff on this Disco lasts. Those UJs are still original, and even the Bosch battery he bought it with was still keeping a pair of winches on the go after five years. Talking of winches, two years’ competition didn’t kill their cables (‘I’m a bit of a nag for my winchman to make sure he puts it back on right every time’), and despite not having diff-locks fitted, the vehicle was able to go most places on a set of modestly sized 265/75R16 Anacondas – even when up against challenge motors on 35s and more.

And the prepping of the truck, we’ll be bound. Which is why, whatever you think of it at first glance, this is a Discovery we can all learn from.