Features > Vehicles > Discovery 3: Worth the Risk?

Discovery 3: Worth the Risk? 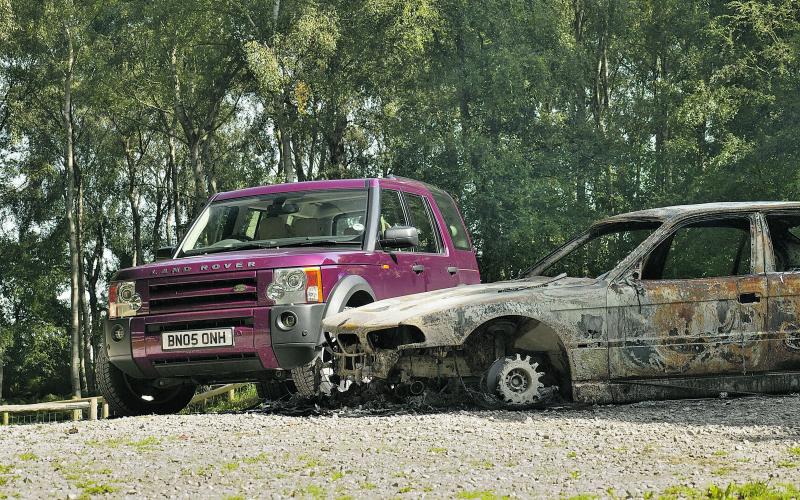 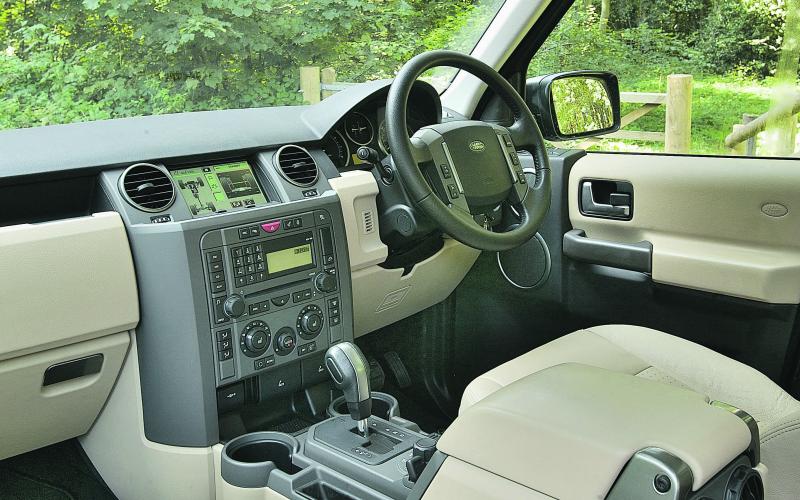 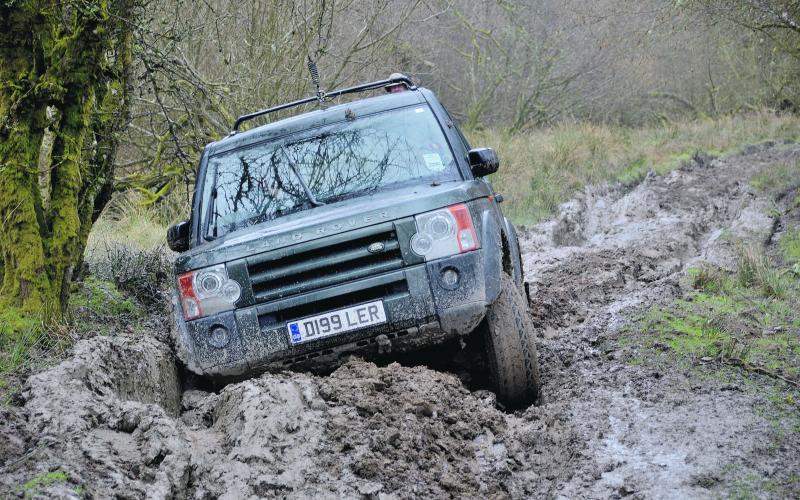 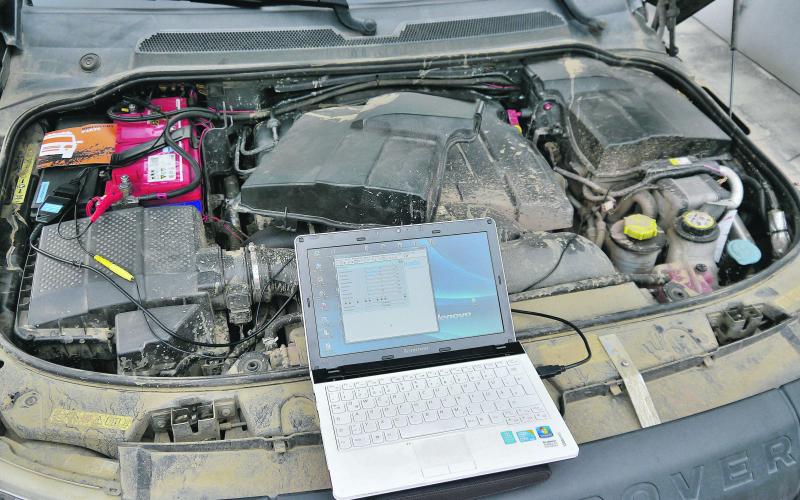 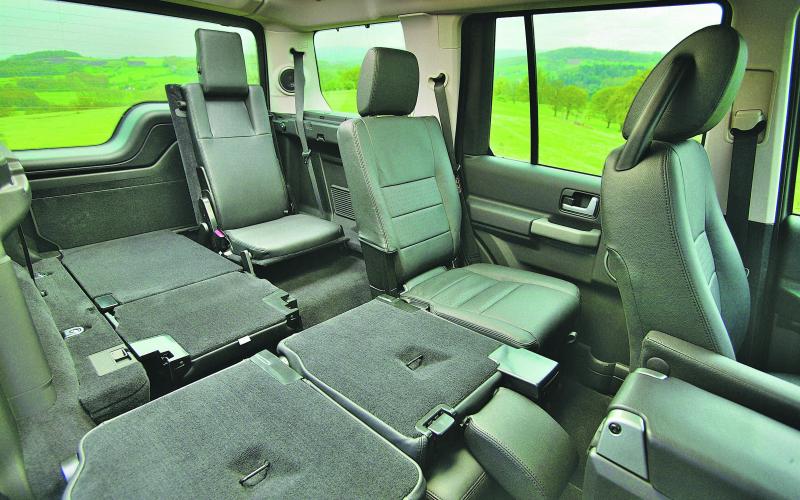 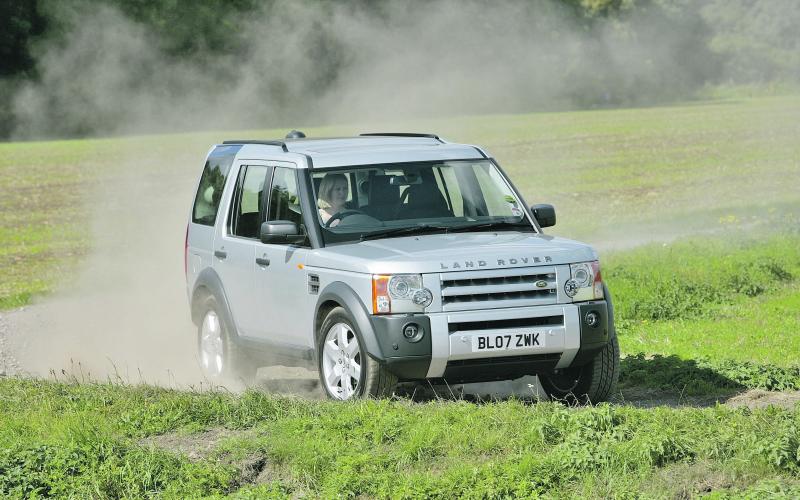 The Discovery 3 was a revolutionary vehicle in Land Rover’s history. Early examples are now temptingly cheap – but frighteningly expensive to maintain. We asked the experts if there’s any way to buy an affordable Disco 3 without it coming back to bite you.

Take the G-Wiz, for example. This teetotal vehicle is secure and reliable, and also about as entertaining as a cowpat. A Land Rover, on the other hand, is like the drunken life of the party – until it all goes wrong, as most ‘social’ drinkers at some point discover.

One Land Rover which has often been branded as troublesome is the Discovery 3. At the time of its launch, this vehicle was a revolutionary step forward, not just for the company but also for the entire 4x4 industry. People talk about how the Td5 engine was so much more complex than the Tdi, but even this was nothing compared to the next-level Disco 3.

This vehicle introduced many of the features with which we are now familiar on modern day Land Rovers – in particular, of course, Terrain Response. The Disco 3 also followed suit from the L322 Range Rover and had air-sprung independent suspension, although the entry-level model was only equipped with coil springs. Whether that was a positive or a negative, you decide.

The reason for bringing up this mixed bag of opinions is that prices for these vehicles – the first of which are now pushing ten years old – have been drifting steadily downwards, to the point where the lush in the corner is starting to look like a cheap date. You can own a D3 for as little as £7000 now – though at this price, it’s likely to have been around the block a few times. Even so, good examples on sensible miles are found sub-£10K.

But should you buy one at this sort of money? We got hold of a few people who know the Discovery 3 inside out and have to deal with their quirks on a daily basis. People like Chris Osborn of Keith Gott Land Rovers:

‘These Disco 3s make for a great work hack,’ he says. ‘They’re a good size and practical, particularly with the seven seats, and they have a great towing capacity. The 2.7-litre TDV6 is very popular as well and the auto box is smooth too.’

‘On the down side, however, the maintenance bills can be pretty high. Some of the problems involve the wheel bearings, the suspension components and air compressor. They’ve since released a modified compressor from AMK, though, which replaces the original Hitachi ones.

‘I have seen major blow-ups from the TDV6, but often it’s not through any fault of their own. A lack of servicing and maintenance is often to blame, but if you look after them properly they’ll hold their own and you can get more than 200,000 miles from them. Off-road, it’s a good all-round vehicle – no Defender, of course, but the Disco 3 is a vast improvement on the Disco 2 and has actually got a sensible-sized engine.’

Chris isn’t the only one to argue that the vehicle is far from perfect. Terry Fones, owner of Ultimate 4x4 Specialists, explains why he’s come to consider it the problem child of Land Rover’s recent history.

‘There is a list of problems you’re likely to encounter,’ says Terry. ‘The low arms will start knocking, anti-roll bar bushes disintegrate, handbrakes are a pain and tyre wear is bad. When you change the cam belt, you’re likely to have to change the oil pump with it, otherwise you’ll have more problems.’

Having said that, Terry would still recommend them. ‘At the end of the day, it’s a three tonne plus car and big cars mean big maintenance. But they are comfortable, good off-road and, provided you drive sensibly like one of my customers did, you can get up to 45mpg if you’re on the motorway cruising at 65mph.’

On a vehicle that’s basically a Range Rover Sport on dress-down Friday, having to lumber along in the slow lane just to keep your fuel use tolerable might not be seen as acceptable. But you don’t need to look far to find other people queuing up to praise the Disco 3.

‘I think the Discovery is the best model Land Rover has ever made,’ says Stuart Oakden, owner of LR Servicing in Nottingham. A bold statement, but then if anyone should have a valuable opinion on the Discovery through the ages, it’d be Stuart. The man has owned every Discovery ever made and thinks the Disco 3 is a ‘marvellous piece of kit.’

‘I thought it looked like a Transit when it came out, but it has grown on me. I bought a D3 five years ago and ran it for three years. I spent a bit on getting it right, but after that it was fine, aside from pads and tyres, and I sold it for only £1000 less than I bought it for.

‘It’s a very comfortable vehicle, much quieter and quicker than the Td5, and has great pulling power. It’s a cracking engine. We offer a remapping service which boosts power from 190bhp to 240bhp and improves fuel economy!

‘Don’t get me wrong, it’s not for the DIY man – you need some kit to set the servicing lights right and they can be expensive to run. But I’ve always said you don’t service Land Rovers, you maintain them. I’ve had that same view for 28 years. Even so, I’ve only replaced a dozen air suspension bags and I’ve done a few turbos as well. Generally, it’s a great all-round vehicle.’

Bob Jackson is the owner of Metal Monster Junk, who break Disco 3s for parts. He’s also a member of the Disco 3 Owners Club and is no stranger to using them as a daily drive.

Bob has concerns about the TDV6 engine and suspension, though. He reckons this is because Land Rover, at the time, was using components not developed by the now thriving JLR group. The engine, for example, also cropped up in the Peugeot 407.

Like Chris, Bob is another fan of the AMK compressor. ‘It’s a far better design and more reliable. We sell a lot of conversion kits and strongly advise customers to upgrade for the extra £150 to the ‘fit and forget’ AMK model.

‘The TDV6 engine is prone to oil pump failure,’ Bob continues. ‘People replace the pumps thinking they’ll be safe, but don’t replace the pulleys or bearings at the same time. The problem then is that these go and the crank or bearings die – which will end up costing you around £3500-4000 for a reliable, reputable garage to supply and fit a replacement engine.’

But Bob needn’t worry about that, because he’s always run a 4.4-litre V8 HSE. So, no real problems. Apart from the fuel bill, surely?

‘You can fit a Prins LPG system for around £1800,’ he says. ‘You’ll recoup that within around six to eight months if you do enough miles, then after that they’re pretty damn cheap to run. On top of that, V8s tend to be cheaper to buy and are almost always top-spec.

So the Disco 3 isn’t a drunk at the party after all. Get yourself the 4.4-litre V8 model, tag it with an LPG kit and an AMK compressor and you won’t have post bail for its antics so often after all.

Fact is, you can have a seven-seat, leather-clad, cheap to run, loud and proud V8 Land Rover that really works off-road. The Disco 3 really can be all things to all men – secure, reliable and certainly no cowpat at a party all at once. The TDV6 is a top engine – but as time rolls by, its drawbacks are looking more and more like a brilliant excuse…