Another Kind of Barn Conversion 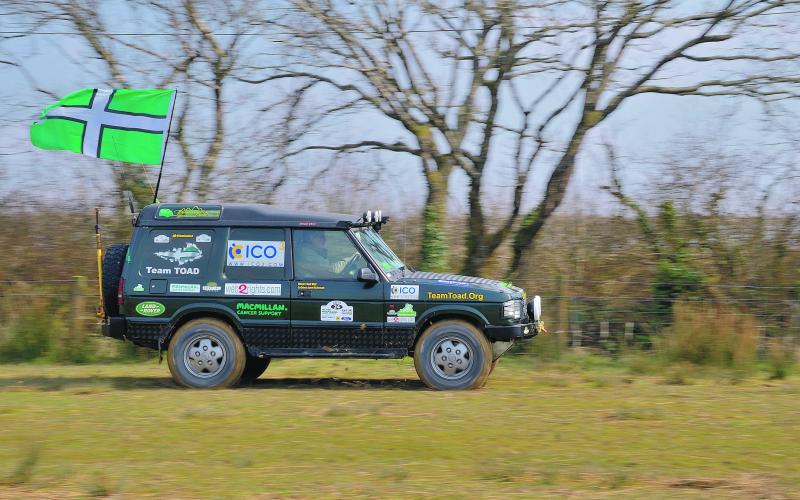 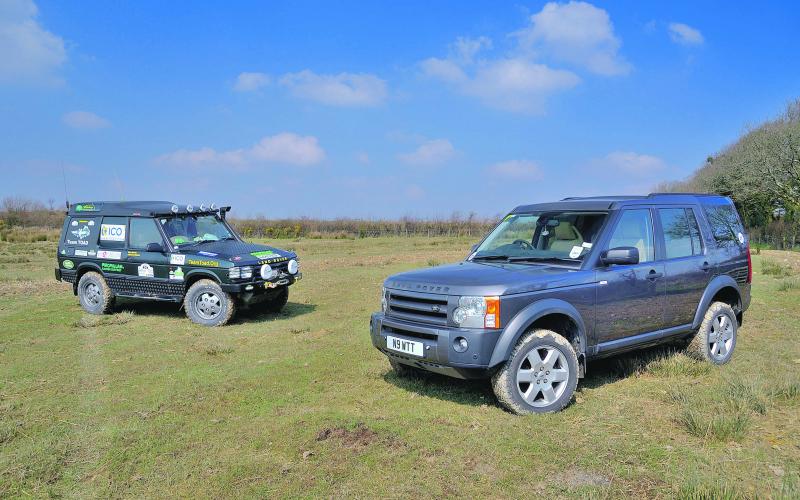 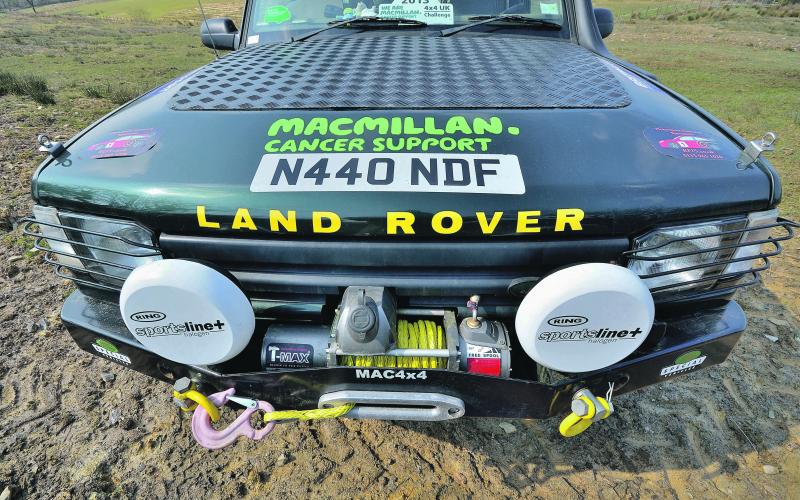 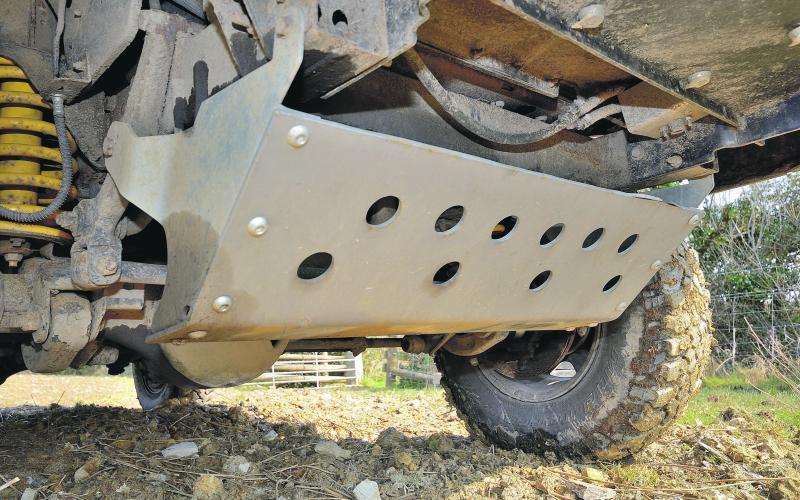 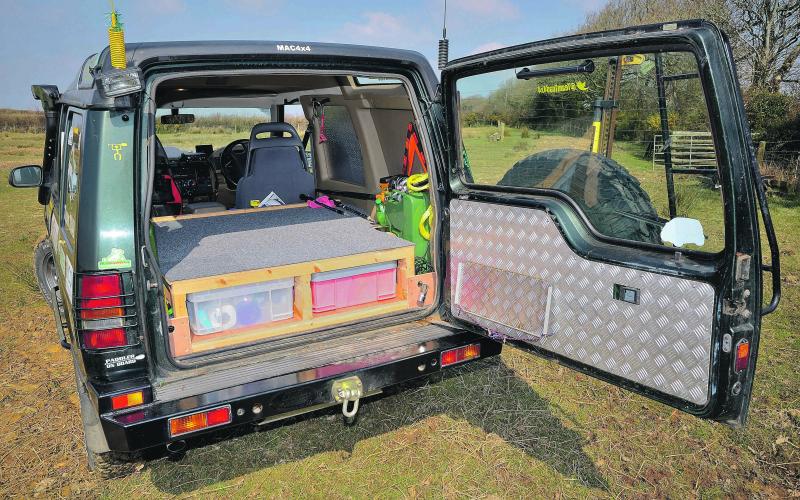 Buying an old barn in Devon meant Neil Witt had a lot of rubble to shift. Buying a ‘rusty, knackered’ Series IIA was a bit of a novel answer, but as well as helping him build his house the old truck converted him to the Land Rover way. So much so that he now owns not one but three Discoverys – including a 300Tdi Commercial that’s a perfect example of how to plan a project sensibly.

Many’s the story of a Land Rover fan’s devotion that ends up in rubble. If not actual rubble (though that’s not unheard of), then certainly the 4x4 equivalent.

Neil Witt’s story starts with rubble. Not the metaphorical kind, the final acceptance that your project is never going to turn a wheel. Actual rubble. The kind you put in a wheelbarrow.

A dozen years ago, Neil bought a new home in Devon. ‘Not a barn conversion,’ he says. ‘A converted barn. There’s a difference.’

The difference was that when you move into a barn conversion, your main concern is wherther to serve Krug or Moet at your house warming. When you buy a converted barn, you need to shift ton after ton of building material inwards, and a similar amount of broken concrete in the opposite direction.

If Neil’s life had gone a very slightly different way, he would have become the owner of a Japanese pick-up truck. And now, with the building work well in the past, he might be doing his daily commute in a Mondeo.

But no. A friend was into Land Rovers. And rather than getting an identikit pick-up, he convinced Neil to plump for what he describes now as ‘a rusty, knackered Series IIA.’

The phrase ‘with friends like these, who needs enemies’ comes to mind. Yet it was the beginning of a love affair with Solihull that saw Neil become the owner of three Discoverys – including the prototype long-wheelbase 200Tdi, of all things, as well as a D3 workhorse and the off-road machine you see here.

The Series IIA clearly wasn’t all that rusty or knackered as it sailed through its MOT after he’d had it for three years. ‘I took that as an omen that I should sell it,’ he says, which sounds a bit harsh but with an hour’s commute every day, you can see why he replaced it with a 200Tdi Discovery instead.

He ran this for four years, but it didn’t repeat the IIA’s trick of sailing through its MOT. Instead, it fell to bits. So he sold the engine and bought a 3.9 V8 ES on gas. This was his first auto, ‘and what a revelation.’

Three more years passed, then with a bit of spare cash about his person Neil was able to trade up to the Disco 3 he still owns today. Since then, he says he’s learned that just because they’re cheap to buy these days doesn’t mean they’re cheap to own.

Maybe because the Disco 3 is more sanitised than older Landies, Neil started having withdrawal symptoms. He found himself with ‘rose tinted specs’ about Series IIA ownership, and having sold the V8 he ‘instantly regretted not having a Series I Disco.’

You know where this is going. First, he bought another IIA and rebuilt it. Then a Disco Mk1 Commercial came up for sale nearby, which was perfect as he’d always wanted a van and was on the lookout for something practical.

This one seemed to tick a lot of boxes. Its chassis was solid, it had just had a new gearbox and its 300 Tdi engine had the right history: ‘so long as it’s been looked after,’ says Neil, ‘with regular oil changes at the right time, it’ll go on forever.’

Better still, though it had the later engine this one was old enough to be from the days before electronic management, meaning he could look after it himself. And best of all, he managed to pick it up for £1200.

Actually, there’s something better still: he reckons all the mods he’s done have only cost him the same again. He built the project on an ‘as and when’ basis, buying cheap bits when they came up rather than paying strong money to get everything straightaway.

That was in the main, at least. One thing he did have to buy off the shelf was an Allisport intercooler. ‘I found out very quickly, on the drive home, that it was very underpowered. Special Vehicles had built it with air-con, but I quickly learned not to use it! I overhauled the engine and went to Allisport for the intercooler – the air-con meant I needed a specific fit rather than their standard one. But it makes a huge difference – I’d say it adds half as much power again.’

Of course, doing it bit by bit is easier when you’re only doing a tickle-up of a project rather than setting out to build something epic. And Neil’s intention was never to create a colossus of a Disco, just a good, practical everyday truck he could have some fun in too.

A good example was his first event in it. No, not a novice winch challenge, but the Mac 4x4. He entered it for the first time in 2012, finishing a very decent 17th out of 63 under the moniker of Team Toad.

‘My last Series IIA was pretty well known as Ratty in the Series II Club,’ he explains. ‘So the Discovery got called Mr Toad, since it’s green. And when I bought the LWB Discovery Ambulance last year, we stuck with the Wind in the Willows theme and called it Badger.’

And why not? The Ambulance was bought to be restored and gently modified into a truck Neil can use for camping and as a surfing support vehicle, though without doing anything that would ruin the character of what is, after all, a piece of Land Rover history.

Will Mr Badger usurp Mr Toad on Neil’s drive? Not likely. Now that the Disco has come together, he’s going to use it. He’s even left the suspension at its standard height – because when you’re out on the sunken lanes of Devon, headroom is often your biggest concern. There’s a very bent roofrack and some wrecked guttering in a skip somewhere that says amen to that.

Many of us set out to build projects that are going to take the world by storm. And lots of us end up wishing we’d set our sights a bit lower.

Neil’s Disco is a perfect example of doing it right. And that’s why he’s got a tidy truck that’s 100% sorted and set to last him as long as he wants it to. His love of Land Rovers may have started in a sea of rubble – but it’s not going back there any time soon.