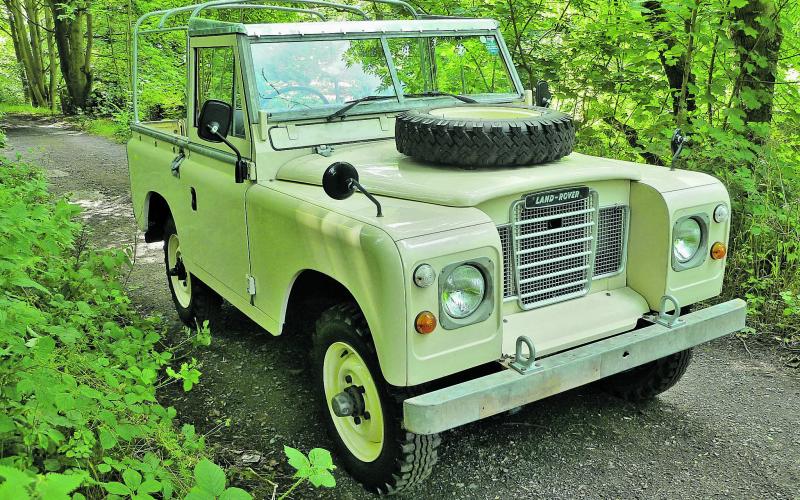 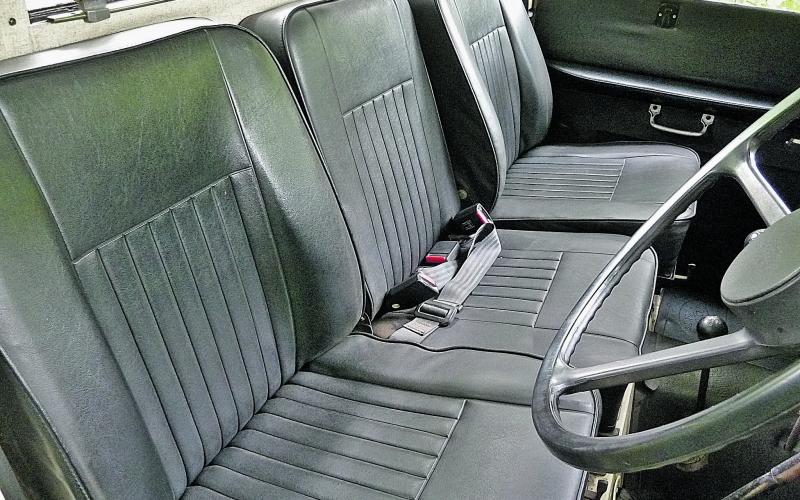 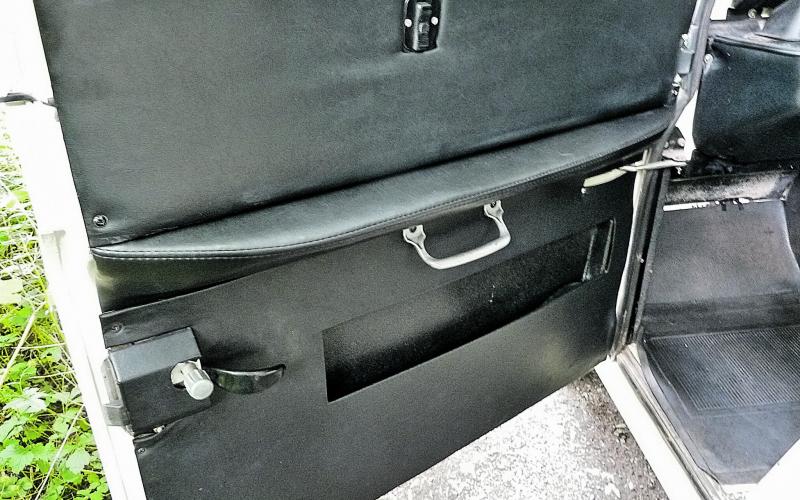 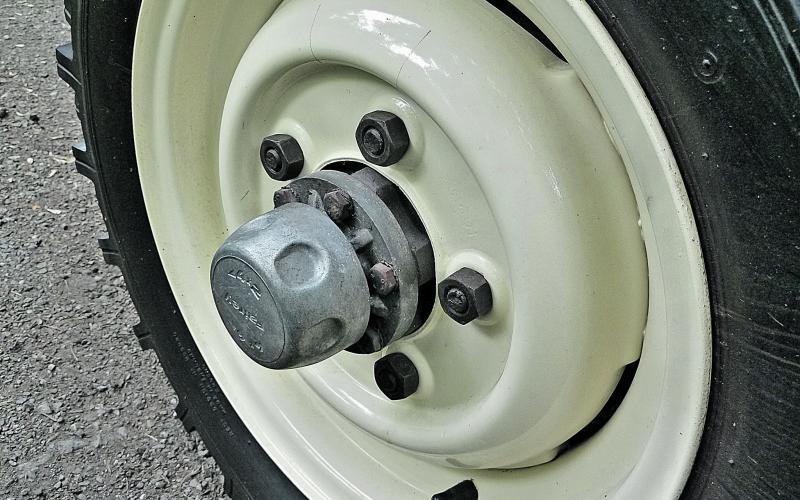 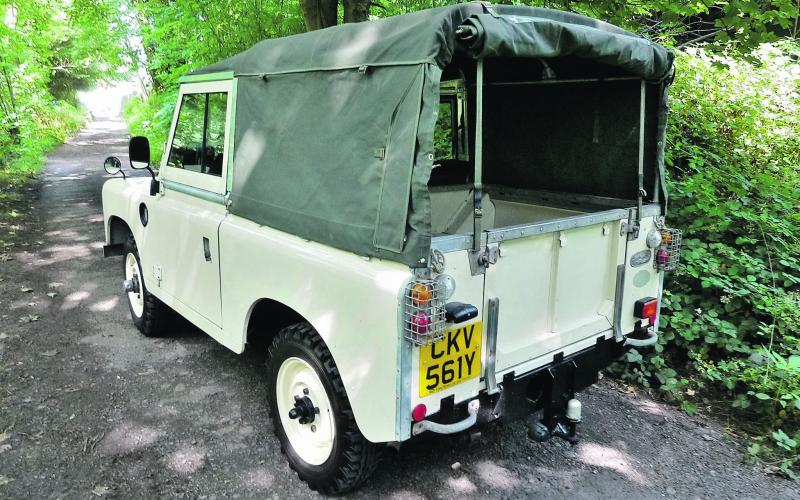 It’s easy to come up with an endless list of high-quality leafers when you’ve got a worldwide reputation for buying and selling them. But even for Huddersfield Land Rover Centre, it was a red-letter day when a pristine Series III rolled through the door with a mere 1000 miles a year on the clock.

For some of us, our vehicles are much-loved companions with whom we share some of the biggest moments of our lives. They carry us to church on our wedding day; transport our wives to the labour room for that big moment (or that big 32-hour wait, in some unfortunate cases); even carry us on our final journey at the end.

The point is that a car really can become part of the family. Granted, some of them become rebellious in their teenage years and we can’t wait to get rid of them, but tell me this: is there a more fitting vehicle to be part of a family than a Land Rover?

There are some Land Rovers out there that fit the bill perfectly. They’ve only ever been owned by… no, that’s too heartless, let’s say only ever loved by one family.

Those of you who weren’t getting married last month may have noticed the pristine 90 we featured, which was for sale at the Land Rover Centre in Huddersfield. The company manages to come up with some ridiculously well-kept Land Rovers and here we have another: a 1982 Series III with, get this, 36,000 miles on the clock.

This delightful 88” has had quite a relaxing life, gently accumulating miles with a family in Devon by running around on their estate and making the occasional trip to London town.

Mark Griffiths is the Sales Manager at Land Rover Centre Huddersfield. He describes the Series III as the ‘most usable’ of all the Series Land Rovers. So where does this 88” rank?

‘It’s one of the best Series IIIs we have seen,’ Mark says. But then in the past we have owned one of the Telethon Series III Land Rovers, which originally came to us with 36 miles on the clock, and a number of other very low mileage Land Rovers in the past. So it is probably in the top ten!’

The Series III came to the Land Rover Centre as a Truck-Cab model, but has since been converted to a Soft-Top. ‘Soft tops seem to be better sellers,’ says Mark, ‘as families tend to use them as a fun vehicle. Taking kids and dogs to the beach, pottering around in them and travelling to holiday homes – that sort of thing.’

Pottering around in Devon for a work life and then moving on to the beach for retirement is not a dog’s life but a Land Rover’s life. No wonder this Landy has only done 36,000 miles – it spends all its time sunbathing!

Being on a Y-plate,  the 88” is one of the last Series IIIs built before Land Rover went over to coil springs.

The notion of such a vehicle, now in its fourth decade, with barely more than 1000 miles a year on the clock, seems outlandish – yet the team at the Land Rover Centre seems to have a knack of coming across such lovely examples. I asked Mark if it’s just luck, or it they scour the country in search of such examples.

‘Yes, “scouring” is one of the most important parts of our job,’ he admitted. ‘However, as we have a reputation for buying and selling some of the very best Series Land Rovers in the world, a lot of them find us and come to us without ever appearing for sale elsewhere.’

Lucky for some. But what’s all this ‘usability’ about? You could, after all, get yourself a really nice Discovery for the sort of money it would take to put a leafer of this quality behind your garage door, so why would it be worth investing in a Series III at this moment in time?

‘The Series I is getting a bit “precious” these days,’ explains Mark. ‘And while I know some people will still use them as everyday transport, in the main they tend to go to serious enthusiasts and collectors. Plus, they are not quite as usable as the later Series Land Rovers.

‘The Series II/IIA is my particular favourite – it has the usability of the Series III, save for the crash gearbox – which I quite like – but it has a bit more classic appeal with the metal dash, round heaters and instrument panel in the middle. The early ones with push button start and metal spoke steering wheel do it for me.

‘Unfortunately for the paying public, the Series II/IIAs are also tax exempt and, in the case of some very early ones, MOT exempt – so the prices for these have risen quite sharply recently. This means that although they are still a good investment (you can have a lot of fun in the safe knowledge that, if looked after, you will always get the majority of your money back), it does require a significant financial outlay to get one in good condition which isn’t going to turn into a money pit or a “hobby” vehicle.

‘The Series III doesn’t have quite the same classic appeal as the II/IIA. But it’s a little bit more affordable, a bit less precious, and a bit easier to drive, with the syncro gearbox and servo brakes on later models.’

Starting to sound tempting? Yes, thought so. As Mark says, prices for the Series III aren’t quite as scary as they are for other leafers. Still, if you want the best or, in this case, a beautifully turned out beach bum of a Land Rover, you’ll pay top dollar for one because they are that good.

‘A Series Land Rover is a great addition to the family – gaining more classic car status and credibility,’ says Mark. ‘There are few classic car marques with a better parts back up and enthusiast club base. In general, the ones that we sell are equally happy taking the kids or the dogs to the beach, or sat alongside other examples at a classic car show.’

It’s always hard to predict the future. But with money earning little in the bank, a nice classic Land Rover will provide a lot more smiles than a few numbers on a bank statement. And while they have increased in value steadily over the last decade, there’s little sign of that easing up – so if you keep it long enough, there’s a good chance that it will provide a good return on your investment when the time comes to move it on.

So, this is a Landy that was one of the family for more than 30 years. And now it’s looking for a new home. One where it’ll take its owner everywhere they want to go, forever putting a smile on their face, and make them money at the same time. It’s not going to be looking for long.